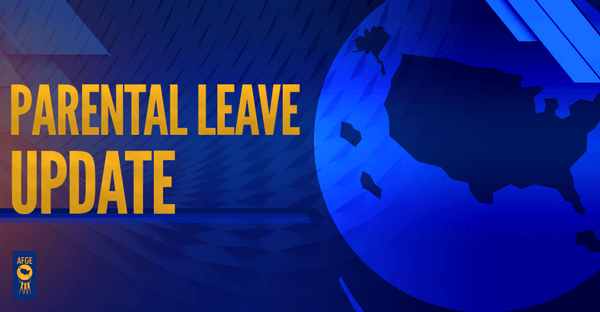 Union’s decades-long push for new federal benefit is ‘watershed moment’ in effort to improve work-life upolicies for all U.S. workers

WASHINGTON – The American Federation of Government Employees strongly supports the bipartisan agreement to provide all federal employees with 12 weeks of paid parental leave.

The agreement, brokered between the White House and lawmakers who negotiated the must-pass annual Defense authorization bill, will provide federal employees with up to 12 weeks of paid leave for the birth, adoption, or foster placement of a child. This is the same benefit service members have received since 2016 under a separate military policy.

“AFGE has been fighting to provide all federal workers with paid family leave for decades, and the provision in this year’s National Defense Authorization Act is a large step in the right direction for full family leave. The hard work by our members is finally beginning to pay off. This new paid benefit will help federal employees better balance their work and home lives, and it will give agencies a needed advantage when recruiting and retaining workers to carry out critical missions on behalf of our country.

“The United States is the only industrialized nation that does not offer its citizens some level of paid parental leave. This agreement is a watershed moment that sets the stage for achieving the ultimate goal of providing all American workers with paid family leave.

“I want to thank Senator Brian Schatz of Hawaii and Representative Carolyn Maloney of New York for their leadership and tireless efforts to reach consensus on this important issue.”

The paid parental leave provision is included in the fiscal 2020 National Defense Authorization Act. Under the bipartisan compromise, employees will not be able to use the paid leave for other absences covered without pay by the Family Medical Leave Act, such as family medical emergencies or issues related to a family member’s military deployment.