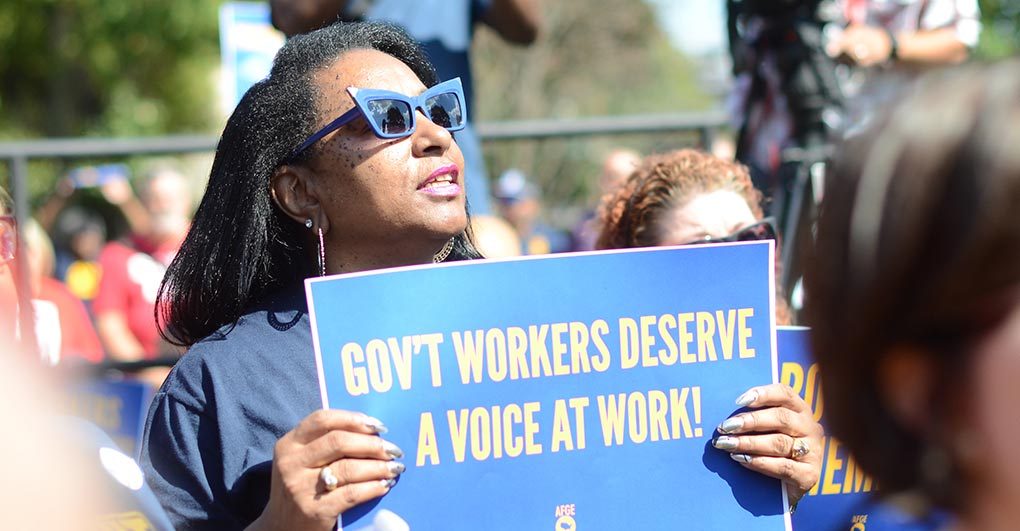 WASHINGTON – The American Federation of Government Employees is applauding House lawmakers for approving language that would prevent the Trump administration from implementing a proposed rule that would make it harder for federal employees to successfully challenge workplace discrimination.

An amendment to the fiscal 2021 minibus appropriations bill that passed the House on Friday would block the Equal Employment Opportunity Commission from finalizing or implementing a proposed rule that would prevent federal employees who believe they have been discriminated against on the job from selecting a union member as their representative during the complaint process.

“The administration’s proposal would overturn 48 years of legal precedent and make it much harder for federal employees to successfully challenge workplace discrimination,” AFGE National President Everett Kelley said. “More than 11,000 people have submitted comments in opposition to the proposed rule, highlighting how critical this issue is to federal workers and their civil rights.”

However, a proposed rule first issued by the EEOC in December would overturn this long-established precedent and exclude union representatives from receiving official time to work on EEO complaints. The EEOC took the unusual step of reissuing the proposed rule for public comment in June after receiving thousands of comments opposing the rule during the first comment period.