GSA ruling: Federal employees have right to use bathroom of their identified gender 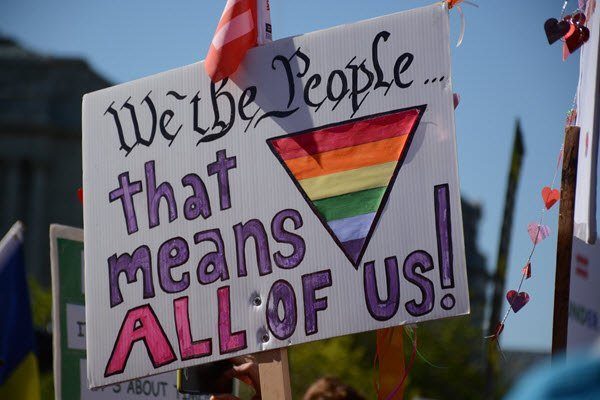 WASHINGTON – The largest union of federal government employees is applauding the federal government’s announcement that transgender federal workers must be able to use restrooms that correspond to their gender identity.

“The federal government has torn down another wall of bigotry by rejecting discrimination against employees based on their gender identity,” AFGE National President J. David Cox Sr. said. “Every person should be able to go to the bathroom that corresponds to their gender – and it’s up to each person to make that determination.”

The new regulation applies to all facilities that GSA owns, leases, or manages on behalf of federal agencies. GSA currently owns and leases nearly 400 million square feet of space in 9,600 buildings nationwide, including office buildings, courthouses, post offices, and laboratories.

One of AFGE’s own members, Tamara Lusardi, faced discrimination at work after transitioning from male to female, including not being able to use the women’s bathroom. Lusardi’s discrimination case against the Army went to the EEOC, which in April 2015 issued a landmark ruling that the Army had discriminated against Lusardi on the basis of sex, which is a violation of the Civil Rights Act of 1964.

“Today’s move by the GSA means that federal employees will no longer be harassed or intimidated from using the bathroom that corresponds to their gender,” said Augusta Y. Thomas, AFGE’s National Vice President for Women and Fair Practices. “This is one more step along the path to having a discrimination-free workplace.”