“Our staff, day to day, work with some of the worst offenders our society has ever produced,” said CPL President Eric Young. “Prior to the pilot program, correctional officers had no means of self-defense as they discharge their duties on behalf of the American people supervising these inmates. Our colleagues deserve to feel safe in their workplace, and we are thrilled that this passage permanently ensures a means of self-defense to all of our correctional staff working at medium or higher security prisons." 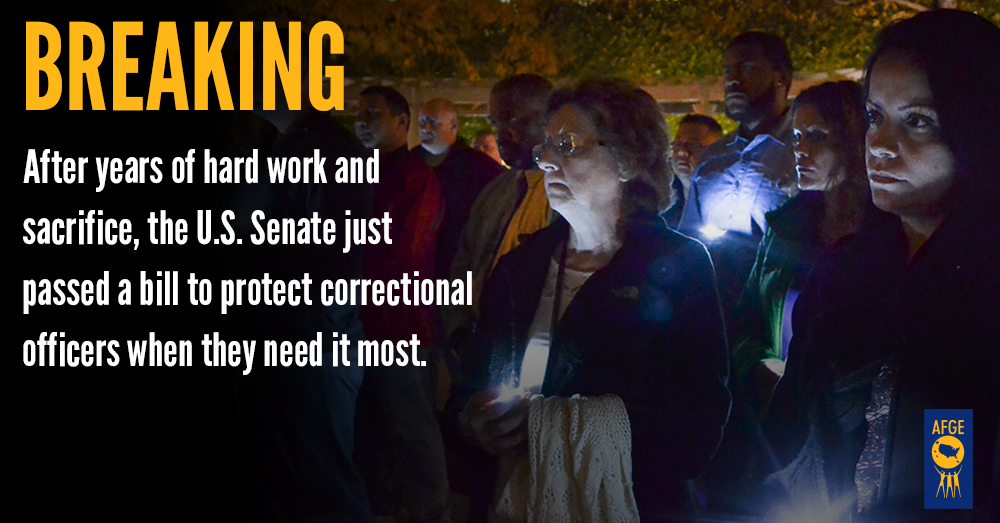 The Eric Williams Correctional Officer Protection Act was introduced on January 22, 2015 by Senators Pat Toomey and Bob Casey of Pennsylvania. The bill was named after a correctional officer and AFGE member murdered in the line of duty. When enacted, it will allow federal correctional officers and employees who work in high or medium security prisons to routinely carry pepper spray so they may defend themselves and others, if physically attacked by violent prison inmates. The bill also would require annual training of BOP correctional workers prior to the issuance.

“We have seen two of our brothers murdered by the inmates under their watch in the last three years, and another murdered just after leaving his shift,” said AFGE President J. David Cox, Sr. “We are deeply grateful that this bill has been passed, to provide our prison workers with the tools they need to protect themselves, before any more workers are seriously injured or killed in the line of duty.”