WASHINGTON – The American Federation of Government Employees has charged the Department of Education with violating federal labor law by throwing out the contract covering 3,900 federal employees and denying workers their legal right to representation. 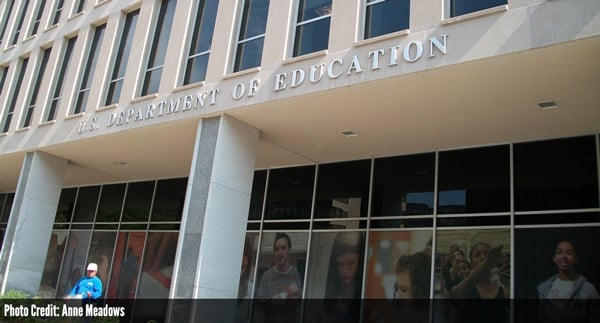 AFGE filed an unfair labor practice charge with the Federal Labor Relations Authority on March 12, stating that the Education Department failed to negotiate and bargain in good faith over a new contract.

“The Education Department has imposed on its workers an illegal document that we had absolutely no bargaining over,” Young said. “Secretary Betsy DeVos and her management team are attempting to strip employees of their collective bargaining rights and kill the union.”

AFGE Council 252 represents 3,900 Department of Education employees across the country, all of whom will be adversely impacted by this new anti-union decree. The council is composed of 10 locals in the following regions: Atlanta, Boston, Chicago, Dallas, Denver, Kansas City, New York, San Francisco, Seattle, and Washington.

Joining the union is voluntary for workers, yet AFGE and other federal unions are required by law to represent everyone covered by the union contract – even if they choose not to join. For this reason, Congress provided representational time so that the union can carry out its legal duty of fair representation to all those who are covered by the contract, including those who choose not to pay dues. Removing access to this time is like asking the fire department to operate without firetrucks or a firehose.