AFGE Honors the Service and Sacrifice of Sgt. Kimberly Munley 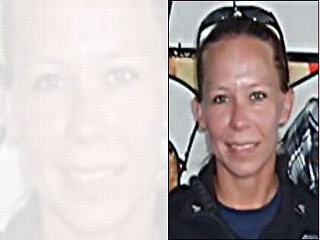 (WASHINGTON) -- Today, the American Federation of Government Employees (AFGE) honors the service, courage, and commitment of Sergeant Kimberly Munley. Sgt. Munley is a civilian police officer at the Ft. Hood military installation and a member of AFGE Local 1920.

During the horror of yesterday’s tragedy at the Ft. Hood army base, Sgt. Munley and her partner were the first to arrive at the Soldier Readiness Center, where, Major Nidal Hasan allegedly opened fire, killing 13 and injuring 30. Sgt. Munley managed to hit the assailant four times, despite being shot herself. Sgt. Munley currently is recovering from her injuries and is in stable condition.

“Sgt. Munley acted with great heroism, yesterday, as she and her partner were the first to respond to calls for help during the shooting rampage at Ft. Hood,” said John Gage, AFGE national president. “As a part its family, we offer our thoughts, our prayers, our support and our strength to our brave soldiers and their families, and our brothers and sisters, who are affected by this senseless and pointless tragedy,” said Gage.

AFGE represents 1,700 civilian defense employees at the army base, including civilians in the Soldier Readiness Center, employees at the base hospital, and officers of the installation’s civilian police force.