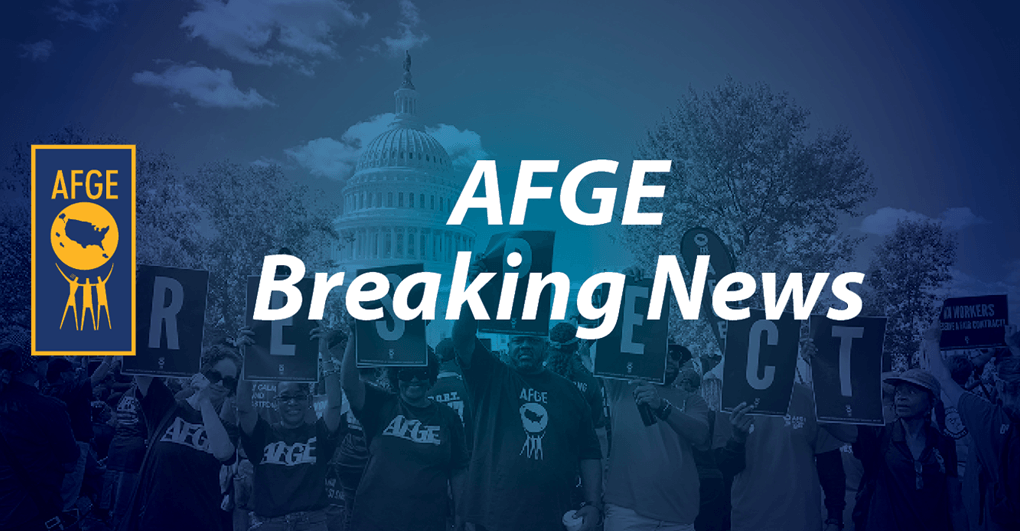 WASHINGTON – The American Federation of Government Employees, the largest union representing federal and D.C. government workers, today applauded President Biden for revoking three executive orders issued by the previous administration that attempted to eliminate collective bargaining, due process, and workplace representation rights for federal employees and a fourth that attempted to politicize a large portion of the career civil service.

“We thank President Biden for taking swift and decisive action to undo these illegal union-busting executive orders. This is a new day of hope for federal workers, our union, and the American people we serve,” AFGE National President Everett Kelley said.

The three executive orders issued by the previous administration in May 2018 were a direct assault on the legal rights and protections that Congress has specifically guaranteed to the 2 million public-sector employees across the country who work for the federal government. Several federal agencies, including the Veterans Affairs and Education departments and the Environmental Protection Agency, used the executive orders as cover for illegally revoking existing union contracts and imposing unilateral management edicts on workers.

The fourth executive order eliminated today was signed by the previous president in October 2020. It created a new excepted service hiring authority, Schedule F, to include any career federal employee whose job is in any way connected to federal policy. The order would have stripped affected employees of due process rights and protections and enabled political appointees and other officials to hire and fire these workers at will.

“President Biden’s action to restore workplace rights and protections for federal employees, along with his commitment to partner with labor unions as a good governance ally, means we can hit the ground running to help his administration deliver on vital priorities for the American people,” added Kelley. “Federal workers can once again have confidence in their president’s  commitment to the apolitical civil service, to standing up for workers’ rights, and to upholding merit system principles that safeguard against political interference in employment decisions.”

The order also calls for developing recommendations to increase the minimum wage for federal workers from a low of $7.25 to $15 an hour.