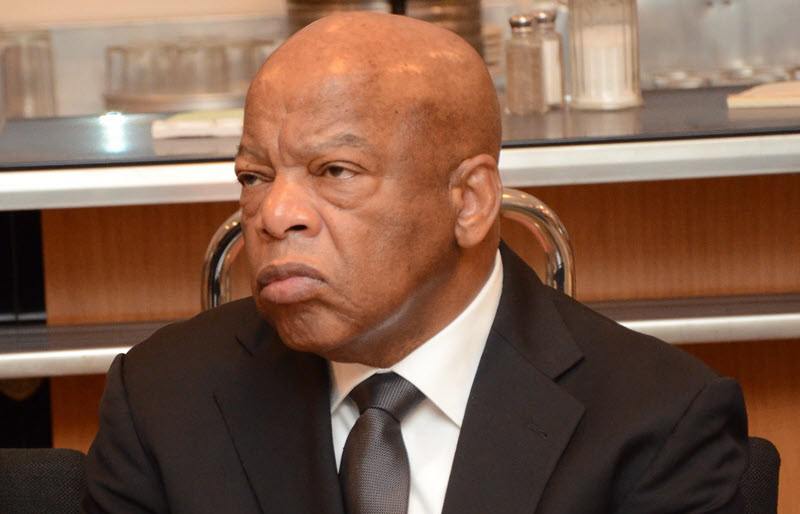 Lewis was a steadfast supporter of labor movement and workers’ rights

“John Lewis grew up just 100 miles away from where I was born and raised in Alabama. He was 18 years older than me, and, as a child, he lived through the worst of the violence and injustice of the Jim Crow South. As an activist, a civil rights leader, and a lawmaker, he was a central force in the decades of work that went into dismantling that system of overt racial discrimination.

“John Lewis was an icon, a hero of the civil rights movement, and a personal inspiration and role model for me and so many other religious and labor leaders.

“John Lewis studied theology at the American Baptist Theological Seminary and learned non-violent resistance from Martin Luther King Jr. He served as chairman of the Student Non-Violent Coordinating Committee and was first elected to Congress in 1986, serving for more than 33 years as U.S. representative for the 5th District of Georgia. For his non-violent civil disobedience as a civil rights activist, he was arrested 45 times and survived numerous beatings by police and white supremacists. On Bloody Sunday in 1965, he almost lost his life when police fractured his skull after the attempt to march for voting rights across the Edmund Pettus Bridge in Selma, Alabama.

“During his Congressional career, John Lewis was a steadfast supporter of the labor movement and civil rights, with a 99% record in support of labor unions and progressive causes. His tenure in the House of Representatives included leadership on everything from job security, decent pay and benefits, and the rights of all workers, including federal and D.C. government employees, to form and join unions and engage in collective bargaining.

“When the Supreme Court gutted the Voting Rights Act in its Shelby County v. Holder decision, John Lewis led the fight against a resurgence of efforts to suppress the Black vote through tactics like closing polling places previously protected by the Voting Rights Act. Of the thousands of closed polling places across the nation, hundreds were in Lewis’s state of Georgia.

“In December of last year, he presided over House passage of Voting Rights Advancement Act that would restore protections against racial disenfranchisement. Disgracefully, the Senate majority leader has refused to allow the Senate to consider this bill.

“John Lewis spent his life, his sweat, and his blood fighting for voting rights, and it is a tragedy that he had to spend his last years battling against reactionaries attempting to erase that hard-won progress. Until the end, he sought out ‘good trouble’ and exhorted us to the same. We can take some comfort in knowing how pleased he was to see the massive peaceful demonstrations for racial justice happening across the country. So many people getting in good trouble, he said, might just ‘redeem the soul of America and move closer to a community at peace with itself.’

“AFGE members mourn the loss of our brother, and know his memory will continue to be a blessing to all those who take up the struggle for justice, equal rights, fair treatment, and the rights of all people to be free from poverty, hatred, violence, and oppression.”