WASHINGTON – Twenty-three years ago on April 19, 1995, an extremist turned his anti-government views into mass murder when he detonated a bomb packed inside his rental truck parked in front of the Alfred P. Murrah Federal Building in downtown Oklahoma City. One hundred and sixty-eight people including children were killed and hundreds were injured when one-third of the building collapsed. 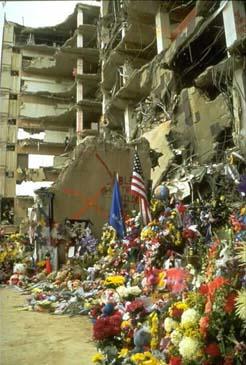 Thirty-five sisters and brothers from the American Federation of Government Employees who worked in the Department of Housing and Urban Development and 16 in the Social Security offices died that day.

On the 23rd anniversary of the Oklahoma City bombing, AFGE honors the memory of federal employees that were so needlessly and suddenly lost. We mourn alongside the families who continue to grieve today. We renew our pledge to protect the health and safety needs of every federal government employee and combat the divisive and dangerous rhetoric against federal employees.

The Oklahoma City bombing is a chilling reminder that federal employees have long been targets of crimes. One of the most recent examples is the death of TSA Officer Gerardo Hernandez, who was murdered at Los Angeles International Airport by a gunman who harbors anti-government views. In a separate incident, a man with anti-tax views flew an airplane into an IRS building in Austin, Texas, killing himself and an IRS employee.

In an era where hateful, anti-government rhetoric regularly graces the internet and cable news, it’s more important now than ever that elected officials and political pundits lead by example and refrain from making statements targeting our government and its workforce just to score political points.

As we’re remembering the tragedy that happened in Oklahoma City 23 years ago, we need to do more than just honor the memory of those we lost, by doing everything we can to set the record straight on the importance of government institutions and the hardworking people who provide critical services to all Americans.