Union Leader - Congress Must Do Better by Workers 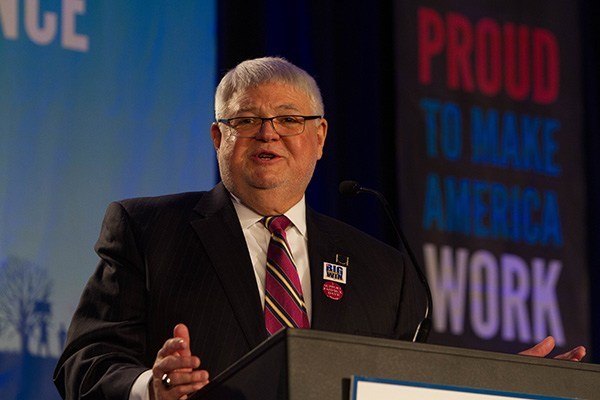 WASHINGTON – As Congress finishes work on an omnibus spending bill to fund the government for the rest of the fiscal year, the head of the nation’s largest federal employee union says Congress must do a better job next year of putting the needs of working families ahead of partisan politics.

“Limping to the finish line with a budget who’s only redeeming trait is the absence of harmful workforce provisions is hardly a reason to pop the champagne cork,” American Federation of Government Employees National President J. David Cox Sr. said.

“Congress needs to put aside the partisan bickering and grandstanding and pass a budget next year that will provide federal employees with a meaningful pay raise so the government can begin closing the widening pay gap between employees in the federal and private sectors, which now stands at 35%.”

Federal employees will receive a 1% across-the-board pay raise in January and a 0.3% average locality increase. AFGE supported House and Senate legislation to provide employees with a 3.8% pay raise in 2016.

“Federal employees are proud to serve their country and support the mission of their agency, and they deserve to be fairly compensated and valued for the work that they do,” Cox said.

Cox thanked lawmakers including a provision in the omnibus bill that continues the ban on contracting out federal jobs without fair and open competitions. He also recognized Sen. Barbara Mikulski of Maryland for getting language inserted into the bill to expand credit monitoring and liability protection for the millions of employees and family members whose private information was stolen during the massive OPM data breaches.

The omnibus bill includes an additional $356 million for the Social Security Administration, which will help the agency begin to recover from years of budget cuts that have degraded service delivery for seniors and other beneficiaries. The bill also includes an additional $133.5 million for Bureau of Prisons operations. Yet the bill also flatlines funding for the Environmental Protection Agency, whose budget is lower than it was in 2010, and keeps the size of the EPA workforce at its lowest level since 1989.

Another provision in the bill will dramatically improve safety for correctional officers in our federal prisons by requiring the Bureau of Prisons provide a second officer in the housing units of high-security federal prisons, so officers guarding violent inmates will no longer have to serve alone.

The separate tax extender bill will provide federal employees and all other workers a much-needed boost in their transit subsidies, permanently matching the level of pre-tax transit benefits to pre-tax benefits for parking. For 2016, that means employees will be able to set aside $255 a month in pre-tax earnings for public transportation expenses.