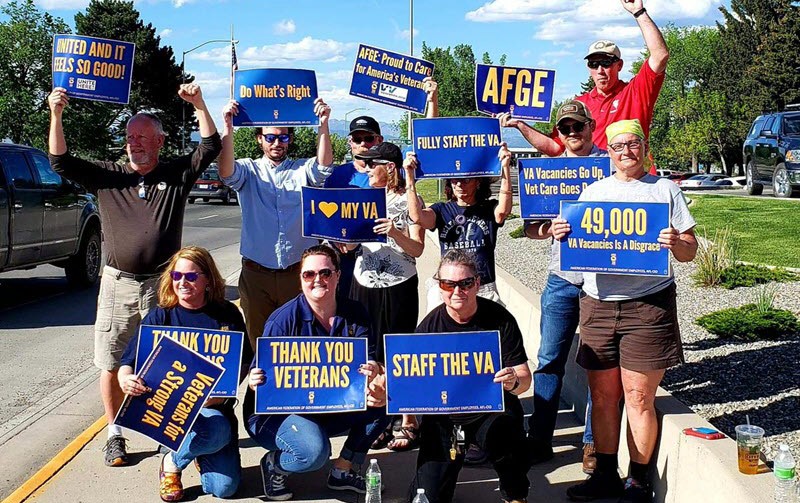 WASHINGTON – A bipartisan coalition of 128 members of Congress, led by Reps. Anthony Brown and Donald Norcross, is warning the head of the Department of Veterans Affairs that veterans could suffer if the agency succeeds in gutting the union contract covering 260,000 employees represented by the American Federation of Government Employees.

In a June 5 letter to VA Secretary Robert Wilkie, the lawmakers say they are “deeply concerned that the VA has pursued anti-labor policies” in its negotiations with AFGE over a new contract and that the agency is attempting to circumvent last year’s court order blocking the Trump administration from carrying out three executive orders limiting federal employees’ union and workplace rights.

The lawmakers called on Wilkie to bargain with AFGE in good faith over a contract with the goal of improving care for our veterans. “Unions representing VA workers help improve the care veterans receive and the services they rely on by creating an efficient working environment,” they wrote.

AFGE National President J. David Cox Sr. thanked all the lawmakers who signed the letter for their support in our ongoing contract negotiations, which began May 27 and will continue for several months.