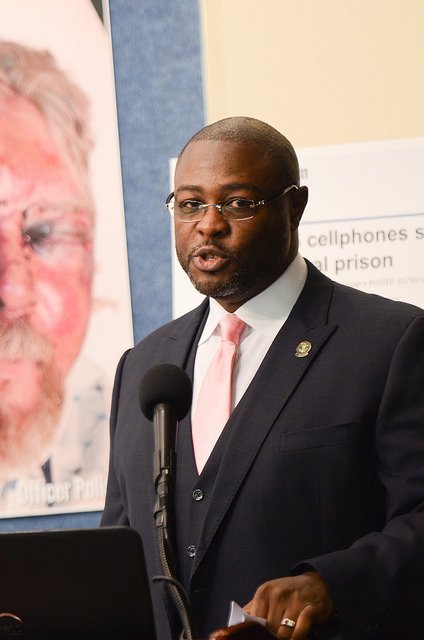 WASHINGTON – In response to the murder of an inmate at FCC Hazelton today, American Federation of Government Employees Council of Prison Locals President Eric Young issued the following statement:

“The men and women who safeguard our federal prisons do so because we believe in our agency’s mission to: ‘to protect society by confining offenders in the controlled environments of prisons and community-based facilities that are safe, humane, cost-efficient, and appropriately secure.’

“Unfortunately for the more than 36,000 of us who risk our lives on a daily basis so our communities can know peace, elements within Congress and the administration don’t support that mission and have turned a blind eye to our needs by gutting our budget and slashing positions that are in critical need to fulfill the mission.

“Just this year, President Trump cut 6,000 positions from the Bureau of Prisons – including 74 at FCC Hazelton where today’s murder took place – exacerbating an already severe understaffing situation at most of our facilities.

“If Congress and the administration are serious about being ‘law and order’ politicians, then they need to take a real hard look at what they’re doing to the federal prison system. Our officers risk their lives every day they walk into these facilities, and they do so knowing that their government doesn’t have their back. We have to fix that and get back to the core values that define our agency.  Lives ultimately hang in the balance because of the decisions being made to run the Bureau of Prisons on the cheap!”