From moonwalk to safe streets, federal workers have been there for us 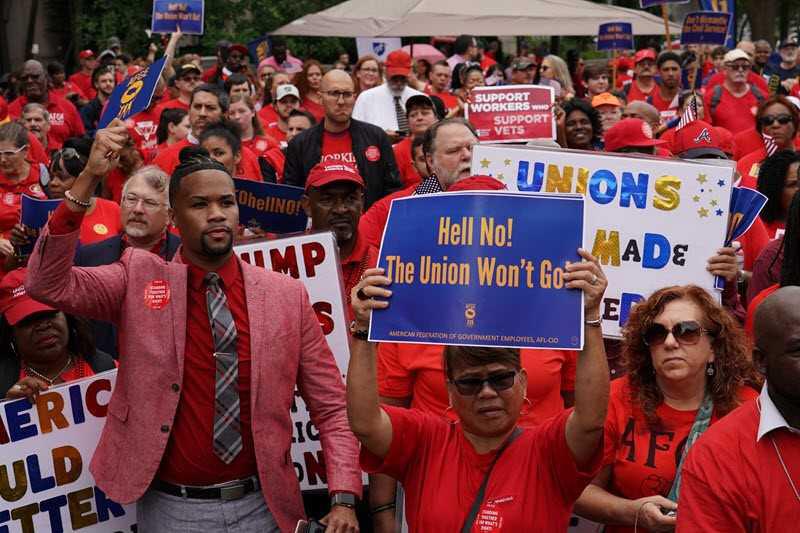 WASHINGTON - A day after stunning acts of solidarity and activism across the country, the American Federation of Government Employees is launching a campaign to remind the American public that federal employees are what keeps our country running.

“From putting the first man on the moon to ensuring your food is safe to eat, federal employees make profound differences in our lives each and every day,” AFGE National President J. David Cox Sr. said. “Unfortunately, their jobs and their livelihoods are under attack by an administration that wants to eviscerate union rights and protections, politicize the career civil service, and hire and fire employees at will.”

AFGE released four videos today that tout the accomplishments of America’s workforce and ask for the public to support the public-sector employees that keep our country running. The videos come a day after a series of worker actions across the country in support of federal employees:

The four videos AFGE is releasing today highlight the critical work performed by federal employees, from serving our veterans and securing our borders to preserving our national treasures and holding employers accountable for safe worksites. Each of the videos ends with the tagline, “We’ve been there for you. Be there for us.”

“Every federal employee takes an oath to support and defend the U.S. Constitution. For federal workers, it’s not just a job – it’s a calling,” Cox said.

“Federal workers believe in serving the public and giving back to their communities. One-third of all federal workers are veterans. They have been there for us in good times and bad. We’re asking the American people to be there for us now,” he said.