AFGE thanks Rep. Cartwright for including amendment in DoD spending bill 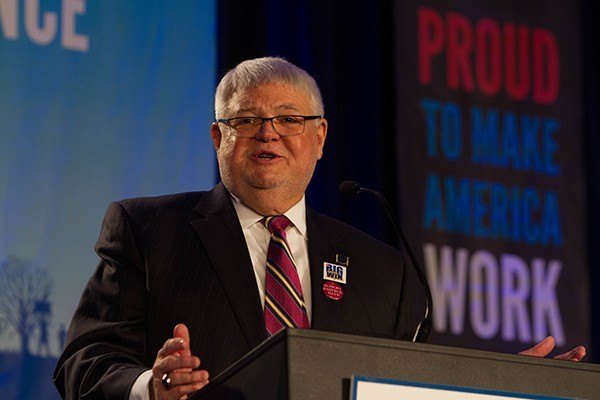 WASHINGTON – Federal civilian employees who provide critical support to our nation’s military would be protected from having their jobs outsourced under an amendment to the Defense spending bill that won the support of the largest federal employee union.

“Tens of thousands of federal civil service employees, many of whom are veterans, provide critical support to our nation’s military every single day at depots, arsenals, and defense installations across the country. They shouldn’t have to worry about losing their jobs or not being able to provide for their families,” American Federation of Government Employees National President J. David Cox Sr. said.

“I applaud Congressman Matt Cartwright of Pennsylvania for introducing this amendment and thank members of both parties who voted to add this language to the Defense appropriations bill.”

The amendment passed by a vote of 253-172 and was added to a spending package including the Department of Defense, Military Construction-Department of Veterans Affairs, Energy and Water, and Legislative Branch appropriations bills.

“Taxpayers benefit when the government’s work is performed by civil service employees, who are less costly and more accountable than private-sector workers. But the current privatization process is biased against federal workers, which is why Congress must retain the longstanding ban on contracting out federal jobs using the flawed A-76 outsourcing method,” Cox said.

“The Government Accountability Office and the Department of Defense’s Inspector General both have concluded that the A-76 process itself is deeply flawed, disruptive, and costly to agency missions. Using the A-76 process becomes even more problematic when the military is growing, as it is now, because when competitions are conducted for functions that are performed jointly by the military and civilians – which is common throughout DoD — the military end strength either must be reduced, which is impractical, or costs are increased and cuts must be made to other units otherwise uninvolved in the study.

“Until these systemic problems with the contracting out process are corrected, Congress should not even consider lifting the moratorium. To do otherwise would put federal employees in danger of losing their jobs, reward OMB for its failure to fix A-76, and reward agencies for their failures to inform Congress about the size, scope, and cost of their contractor workforces.”