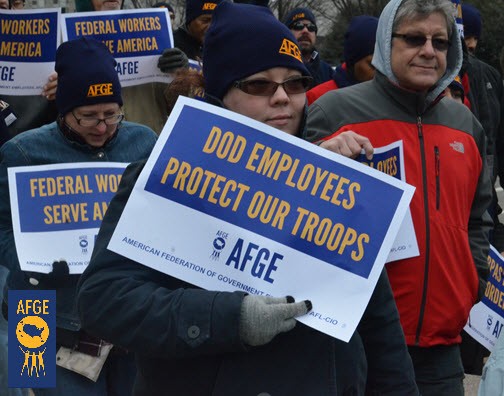 WASHINGTON – The American Federation of Government Employees, which represents 300,000 civilian employees in the Department of Defense, is urging lawmakers to reject efforts to launch a new round of military base closures.

An amendment to the Senate’s version of the 2017 National Defense Authorization Act (NDAA) would require the Pentagon to develop a list of military base closures that would be presented to Congress for action. The amendment, from Sens. John McCain of Arizona and Jack Reed of Rhode Island, would in effect launch another Base Realignment and Closure (BRAC) round.

“In this age of military uncertainty, it is not the time to authorize a new BRAC round,” AFGE Legislative Affairs Director Thomas Kahn said in a Sept. 11 letter to members of the Senate. “A precipitous BRAC action at this time would have serious consequences and the toll on military readiness is not worth the risk.”

A new round of BRAC would incur significant upfront costs, at a time when DoD and other federal agencies have been forced to cut spending under the 2011 Budget Control Act. Much of the promised savings from previous base closures never came to pass.

“Previous BRAC rounds have not always resulted in the initially projected longer-term savings. To the extent that savings were realized, the impact frequently occurred much later than anticipated and the amount was lower than promised when bases were closed,” Kahn wrote.

The House rejected efforts to include a BRAC in its version of the NDAA, which passed overwhelmingly in July. AFGE is calling on members of the Senate to follow the House’s lead.

“Military bases are critical to our nation’s defense, to millions of military and civilian employees who work at defense bases, and to local communities that depend on bases for their economic survival,” AFGE National President J. David Cox Sr. said. “We must not repeat the mistakes of the past, where the Base Realignment and Closure process increased our national debt in the short term and disrupted the lives of hardworking civilians and service members for promised savings that never materialized to the extent promised.”