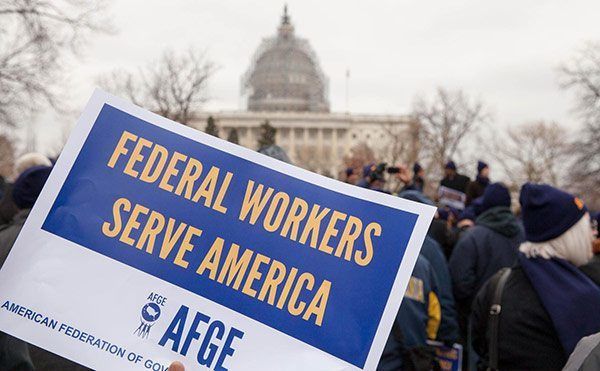 WASHINGTON – The American Federation of Government Employees, which represents 270,000 civilian Defense employees nationwide, is highlighting five priorities for House and Senate lawmakers who will be meeting soon to resolve differences in their versions of the fiscal 2017 National Defense Authorization Act.

“The NDAA is a critical piece of legislation that establishes personnel and operational policies for the Pentagon to follow for the coming year,” AFGE National President J. David Cox Sr. said. “Every civilian and military employee in the Department of Defense should be paying close attention to this bill as it moves through the legislative process, because the decisions made here will affect their jobs.”

AFGE has identified five key issues that must be resolved between the House and Senate versions of the NDAA. They are:

Since fiscal 2010, Congress has banned DoD from conducting public-private contracting studies under Office of Management and Budget Circular A-76. This privatization ban was instituted because of systemic problems with the contracting out process and DoD’s failure to produce a full and meaningful inventory of its contractor workforce. Those issues persist, so Congress should reject Senate proposals to remove the A-76 ban and effectively gut the requirement for DoD to produce a contractor inventory.

Thanks to a DoD policy change two years ago, thousands of military members and civilian DoD employees who travel for more than a month at a time now have to dip into their own pockets to pay for routine expenses like lodging and meals. Rather than covering 100 percent of an employee’s nationally established per diem allowance, like other federal agencies, DoD now covers just 75 percent of the per diem for employees traveling between 31 and 180 days, and only 55 percent for employees on travel for longer than 180 days. A provision in the House-passed NDAA would stop DoD from reducing the per diem allowance. This provision should be included in the final bill.

In a misguided attempt to cut the costs of operating military grocery stores, lawmakers have proposed downgrading the pay and benefits of the Defense Commissary Agency’s 15,500 civilian employees by changing their funding status from appropriated to non-appropriated. This change would cut future employees’ pay by as much as one-quarter, force them to pay significantly more for health care insurance, render them ineligible for retirement benefits, and make it easier to fire them and privatize their jobs. Many of these employees are veterans or spouses of active-duty service members. This proposal must be removed from the NDAA.

Lawmakers also should reject a provision in the House-passed NDAA that would create a private, nonprofit organization to carry out all of the broadcasting and related programs currently performed by the Voice of America (VOA). AFGE opposes this provision because it would result in VOA workers losing their federal employee rights and protections. It is also likely to increase taxpayer costs significantly, as a similar move to de-federalize VOA’s Arabic Service in 2003 resulted in a 10-fold increase in costs without a resulting increase in benefit.