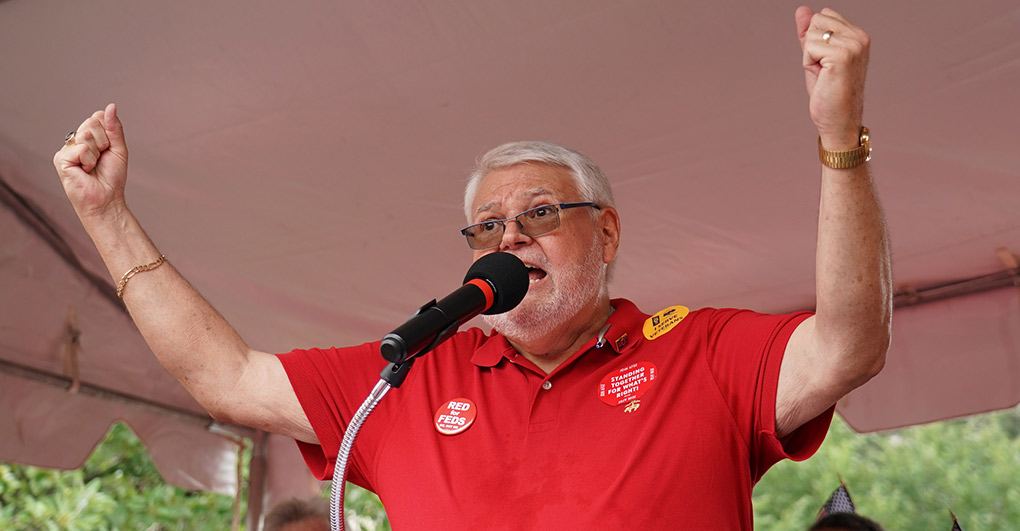 WASHINGTON – In a landmark decision, a federal judge has ruled that President Trump violated the U.S. Constitution and laws providing checks and balances in the federal government by attempting to deny more than 2 million federal workers their legal right to representation.

The American Federation of Government Employees, which was the first union to challenge President Trump’s executive orders in court, applauded the judge’s ruling.

“President Trump’s illegal action was a direct assault on the legal rights and protections that Congress specifically guaranteed to the public-sector employees across this country who keep our federal government running every single day,” AFGE National President J. David Cox Sr. said.

“We are heartened by the judge’s ruling and by the huge outpouring of support shown to federal workers by lawmakers from both parties, fellow union workers, and compassionate citizens across the country,” Cox said. “Our members go to work every single day to serve the American people, and they deserve all the rights and protections afforded to them by our founding fathers.”

AFGE, the largest union representing federal government employees, filed two lawsuits challenging President Trump’s executive orders. The first lawsuit challenged the executive order on official time as a violation of the right to freedom of association guaranteed by the First Amendment, and as exceeding the president’s authority. The second lawsuit charged that the remaining two orders exceed the president’s authority under the U.S. Constitution by violating the separation of powers and exceeding current law.

The impact of these executive orders began being felt months before they were even issued, as the Department of Education in March threw out the contract covering 3,900 federal employees represented by AFGE and implemented its own illegal management edict that strips workers of their union rights, a precursor to what was to come weeks later when President Trump issued the three union-busting, anti-federal worker executive orders. Since the executive orders were signed May 25, other agencies including the Social Security Administration and Department of Veterans Affairs have issued similar edicts in an attempt to eradicate unions from the federal workplace and deny workers their legal right to representation.