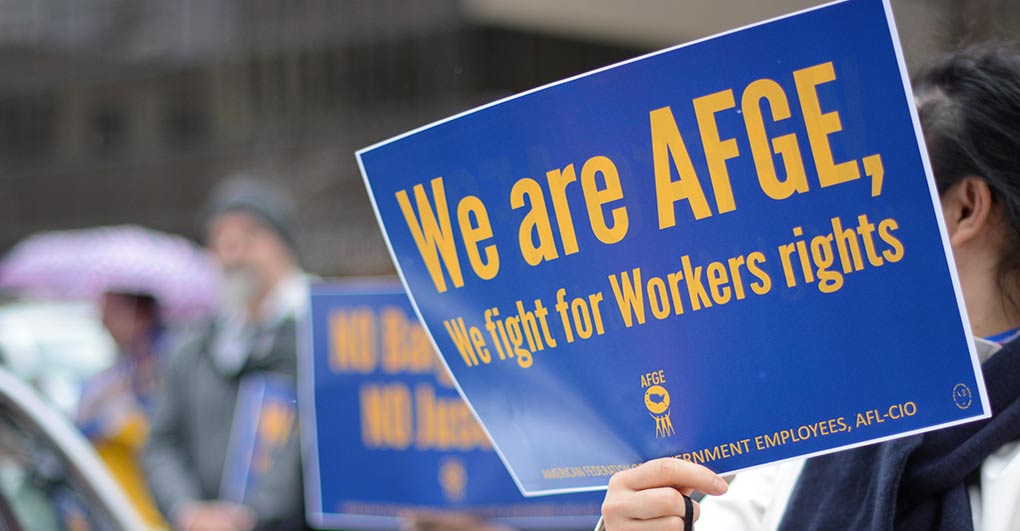 WASHINGTON –The administration’s proposed budget for the fiscal year that starts Oct. 1 would slash the Equal Employment Opportunity Commission’s historically low budget by $27 million, which will make it harder for workers facing discrimination to get the help they need, the union representing EEOC workers said today. EEOC enforces laws barring workplace discrimination, including sexual harassment.

“Victims of workplace discrimination will feel the punch of this cut when they can’t get an appointment or an investigation of their complaint,” said Rachel Shonfield, president of American Federation of Government Employees Council 216, the National Council of EEOC Locals. “It sends the totally wrong message to cut funding and staff to the agency that handles #MeToo harassment complaints.”

Congress increased EEOC’s current year budget to address sexual harassment claims, but the agency still has not been able to keep up with demand. It takes workers months to get an appointment with EEOC and up to an hour to reach a live person by telephone.

Even with the #MeToo budget assist from Congress last year, EEOC rationed out only a trickle of backfills, ending the fiscal year with just over 2,000 employees. The FY21 proposal calls for staffing to sink to a historic low of 1,717 employees. This will likely occur through what the agency refers to as “separation savings,” by not backfilling front-line positions such as investigators, administrative judges, and intake representatives.

“Short-staffing EEOC shortchanges the public,” Shonfield said. To manage without adequate staff, EEOC waters down services. This takes the form of pushing staff to use the agency’s triage system to tag more “C charges,” which can be easily closed after intake with a dismissal and right to sue.

“The vast majority of workers who come to EEOC for help receive a dismissal with a ‘right to sue’ letter and are left to find help on their own,” Shonfield said. “Ravaging the budget will make matters worse.”

Likewise, federal employees with discrimination complaints are affected by a one-two punch. EEOC presses a shrinking unit of administrative judges to hit unattainably high quotas by closing cases through summary judgement or without discovery. Now the agency is proposing a harmful governmentwide rule change that would impede federal victims of discrimination from getting the help of their union representative.

The current rule allows federal workers to select the representative of their choice to assist them with EEO complaints. The administration’s proposal singles out union representatives as the only category of federal employee who could not assist on official time during work hours.

“This proposal has raised such alarms that over 5,000 federal workers, union members, lawmakers and members of Congress submitted comments requesting the proposal be rescinded. It sends exactly the wrong message for EEOC to interfere with workers pursuing discrimination complaints,” Shonfield said.

“Contact your lawmakers to save EEOC from drastic cuts,” she said. “Email the EEOC and tell them not to make it harder for federal workers to keep discrimination out of the government workplace.”