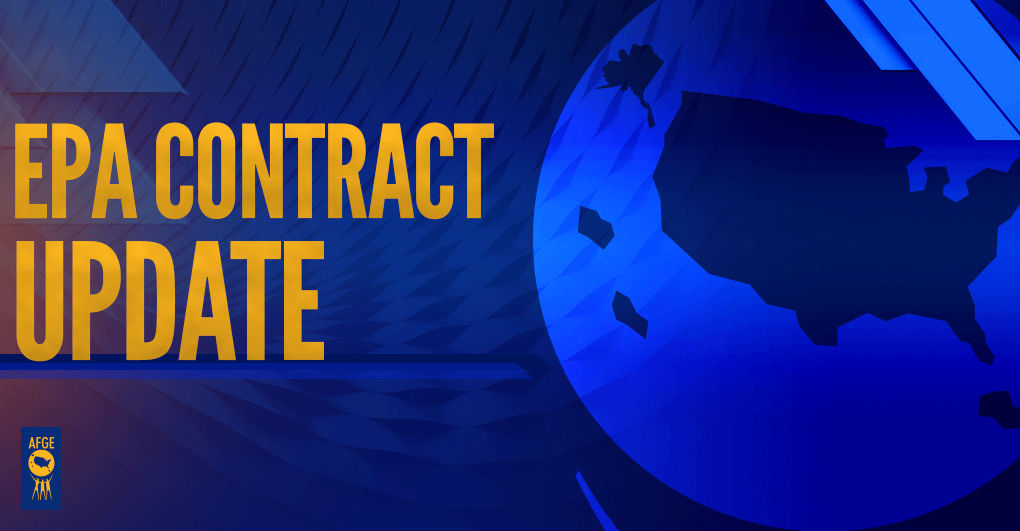 WASHINGTON – Amid pressure from members of Congress and workers themselves, the Environmental Protection Agency has agreed to return to the bargaining table with the American Federation of Government Employees after unilaterally imposing illegal workplace rules on 8,000 EPA employees covered by the union’s contract.

Under terms of a settlement signed today by both parties, AFGE and EPA will resume negotiations on a new contract within 30 days. AFGE also agreed to withdraw unfair labor practice charges and grievances the union filed against the EPA over the agency’s decision to repudiate the previously negotiated contract and unilaterally impose its own rules on the employees AFGE represents.

“Thanks to the activism of our members and support from so many lawmakers, we have forced EPA back to the table to negotiate a new contract,” AFGE National Secretary-Treasurer Everett Kelley said. “This is a major breakthrough, but we must not become complacent. We are fighting uphill against an administration that wants to strip workers of their rights and make it harder for employees to do their jobs. We must keep up the pressure on EPA management to ensure they stick to the agreement and bargain with us in good faith on a new contract that adheres to the law and equips employees with the resources and support needed to carry out their vital mission.”

In October, an investigator with the Federal Labor Relations Authority notified both parties that the agency had found merit with the union’s charges that the agency had acted unlawfully. Under the terms of the settlement announced today, EPA has agreed to come back to the table to bargain important employee rights the agency unilaterally stripped away with its imposition of a management edict. AFGE will be able to bargain for improvements on important provisions around telework, work schedules, procedures for addressing worksite grievances, and access for employees to their union representatives.

EPA’s decision to return to the table follows intense pressure from employees and their representatives in Congress. In October, 41 U.S. Senators sent a letter to EPA Administrator Andrew Wheeler encouraging him to return to the bargaining table. The next month, 228 members of the U.S. House sent a similar letter to Wheeler.

“Through its refusal to bargain in good faith with the union, the EPA jeopardizes the agency’s mission, public health, and the environment,” the House lawmakers wrote.