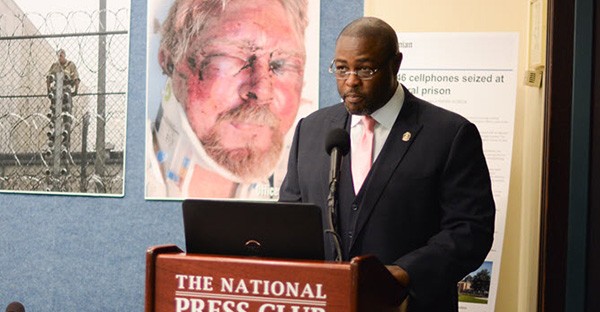 “Federal correctional workers will be on the front lines implementing the First Step Act, and we truly appreciate your collaboration with us to fine tune the bill into something we are proud to support,” said Eric Young, president of the American Federation of Government Employees’ Council of Prison Locals, in a Dec. 13 letter to Sens. Grassley and Durbin.

“The Council of Prison Locals has fought for meaningful criminal justice and sentencing reform for the last five years that will reduce the number of inmates that are in federal prisons, reform the system that keeps certain types of low-level, non-violent offenders in prison longer, and put more resources into programming that has been proven to reduce recidivism rates. We are pleased to see that the revised version of the First Step Act released today meets all of these important tests,” Young wrote.

Changes to the legislation that garnered the union’s endorsement includes:

“We believe this new more comprehensive sentencing and criminal justice reform bill will help meaningfully reduce our prison population and in turn make prisons safer for correctional workers and inmates,” Young said in the letter. “Three federal correctional officers have been killed in the line of duty in the last decade, including two in the last five years. Congress must do everything in its power protect the federal correctional workers who protect communities across America and ensure that a murder like those that took the lives of Jose Rivera, Eric Williams and Osvaldo Albarati never happens again.

“Passing the First Step Act will help reduce the federal inmate population, better concentrate already scarce resources, and take a big step in helping better protect the federal correctional workers who help keep our communities safe. The Council of Prison Locals is proud to offer our full support to the First Step Act, and we urge its swift passage.”