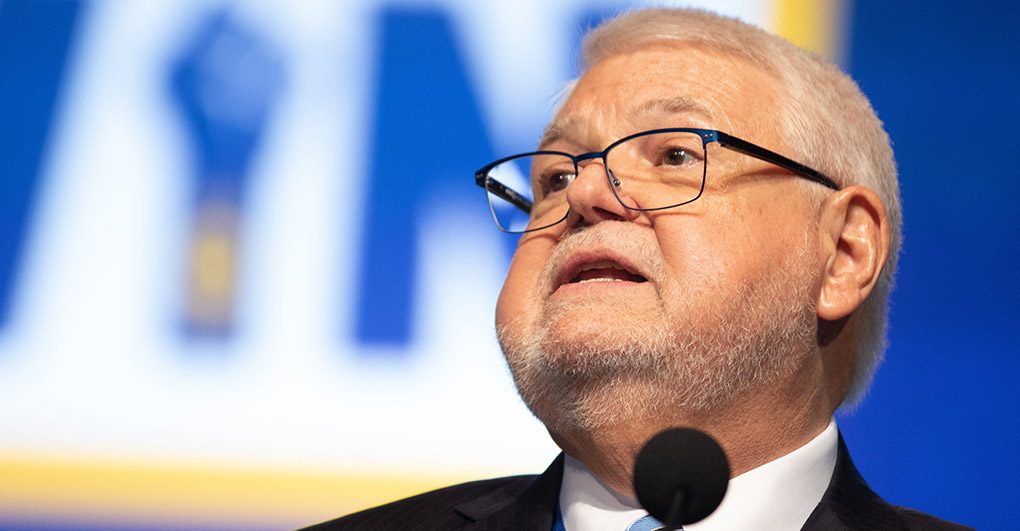 “With this budget proposal, President Trump is showing once again that his administration has nothing but contempt for the health, education, safety, and security of our nation – and a savage disregard for the federal workforce that keeps our country running.

“We are just weeks away from the end of a 35-day government shutdown, during which federal employees demonstrated their extraordinary work ethic and commitment to serving the American public by working five weeks without pay. For many federal employees, it took weeks after the shutdown ended before they were finally made whole.

“It’s frankly unbelievable that, given the pain federal employees have just gone through, the President is proposing massive cuts and another pay freeze. It shows a complete disconnect with the needs of the civil servants who are America’s workforce.

“This budget is a kick in the teeth to the federal employees who have suffered through years of pay freezes, cuts to their benefits, and attacks on their rights at work. Federal workers have lost more than $200 billion from cuts to their pay and benefits since 2011, and today, the average federal employee makes 7 percent less – when adjusted for inflation – than they did at the beginning of the decade.

“Under President Trump’s proposed budget, agencies like the Environmental Protection Agency, National Institutes of Health, and Social Security Administration – which are already woefully underfunded and understaffed – would be further starved, challenging our government’s ability to protect our environment, continue researching lifesaving medical treatments, and look after our most vulnerable citizens.

“We wholly reject the cruel and self-defeating vision for America that this budget represents. We implore President Trump to fulfill his role as leader of this great nation and allow the federal workforce to continue serving the American people.”