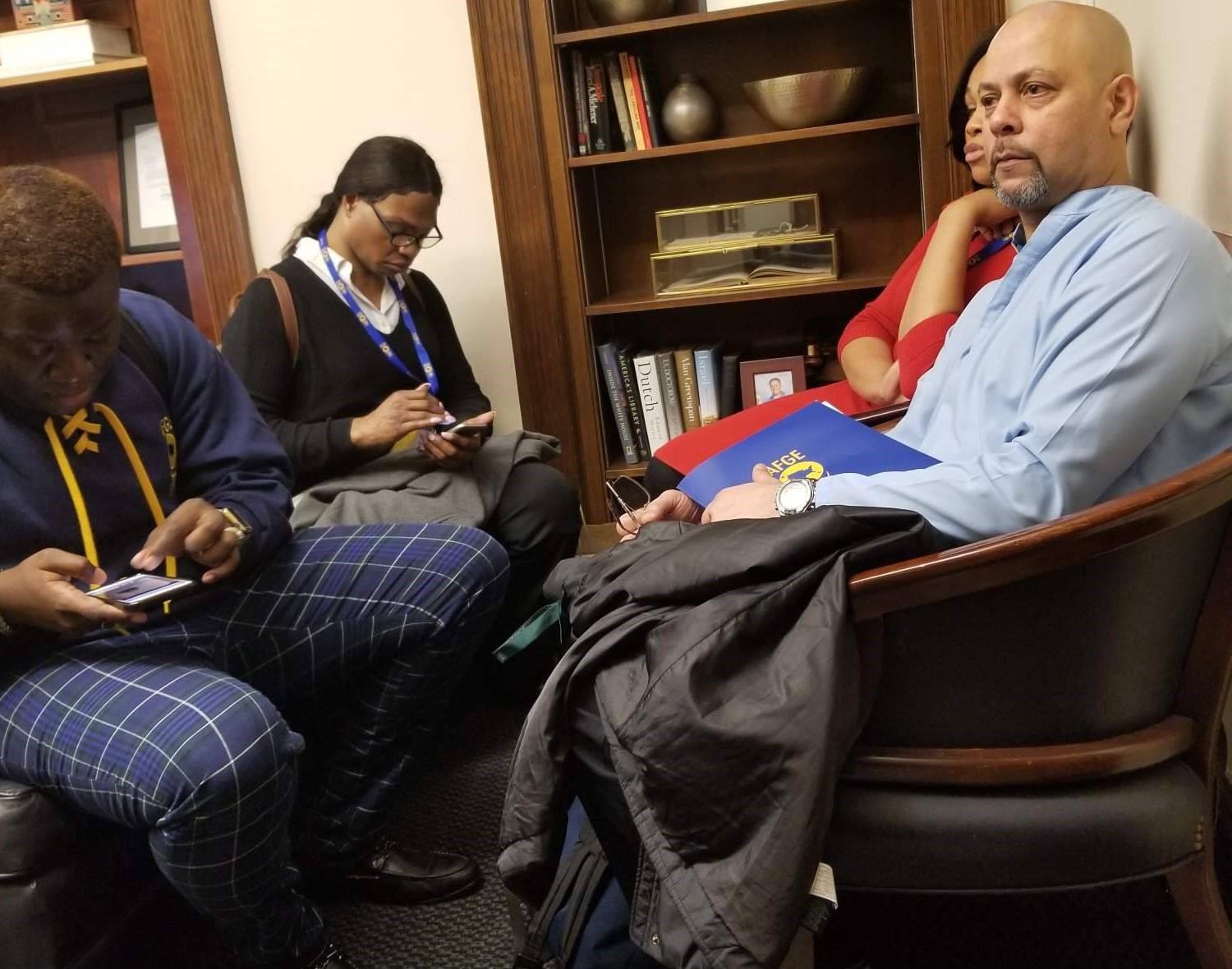 WASHINGTON – This week, while members of the American Federation of Government Employees were in D.C. for the union’s 2019 Legislative & Grassroots Mobilization Conference and Capitol Hill visits, several members were stunned to see a racist book open and on display in the Longworth office of Rep. Drew Ferguson of Georgia.

“As a black man and constituent, I can say that nothing makes you feel more unwelcome in your own member of Congress’ office than seeing such racist memorabilia,” said AFGE Local 554 Legislative Political Coordinator and Steward James Miller. “I was looking forward to discussing the importance of granting Title 5 rights to my fellow workers at TSA with my Congressman, but I was at a loss for words when I saw General Robert E. Lee’s medals and the book ‘Gen. Robert Edward Lee: Soldier, Citizen, and Christian Patriot’ in the lobby next to where I was told to sit by his staff.” 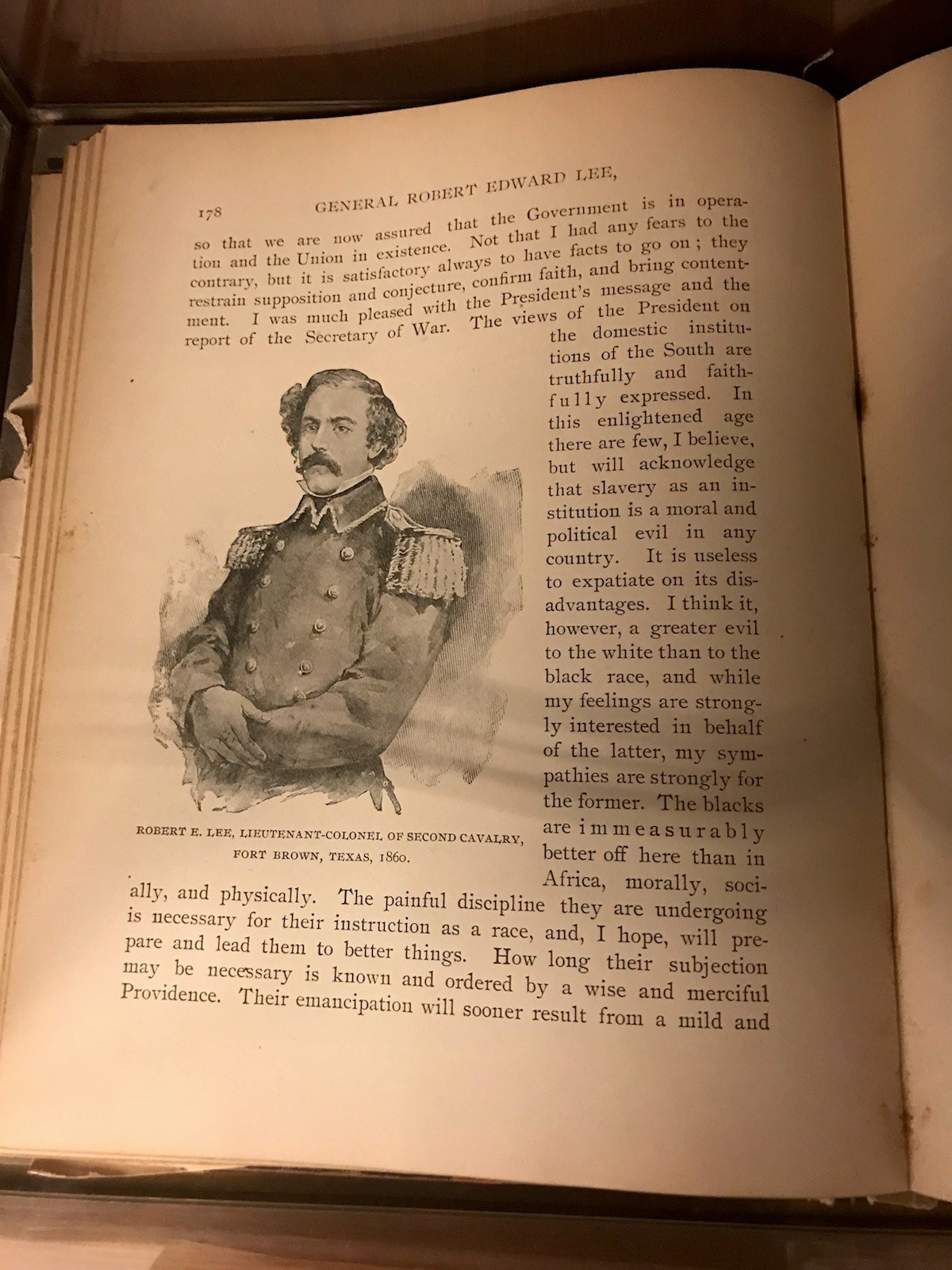 Rep. Ferguson has been in office since 2017 and had the book protected by a glass enclosure and opened to feature passages that read, “The blacks are immeasurably better off here than in Africa, morally, societally, and physically. The painful discipline they are undergoing is necessary for their instruction as a race,” and “…if he means well to the slave he must not create angry feelings in the master.”

“It is utterly despicable that Congressman Ferguson would dare display such a racist item so prominently in his office,” said AFGE National President J. David Cox Sr. “It’s bad enough that he owns such a book, but to know that he also chose to open it to that page in particular tells me just what kind of leader Rep. Ferguson is.”

“I am mortified for Mr. Miller and any other constituent who have had the misfortune of seeing this racist book while just trying to visit their member of Congress here in the nation’s capital,” added Cox.

Miller, who lives in Rep. Ferguson’s district, was visiting Congressional offices with his  local union and said he asked the staffer present why the book and Confederate medals were on display. The staffer ignored the question and instead pointed Miller and his fellow union members present to look at General George Washington’s hair that was also on display. 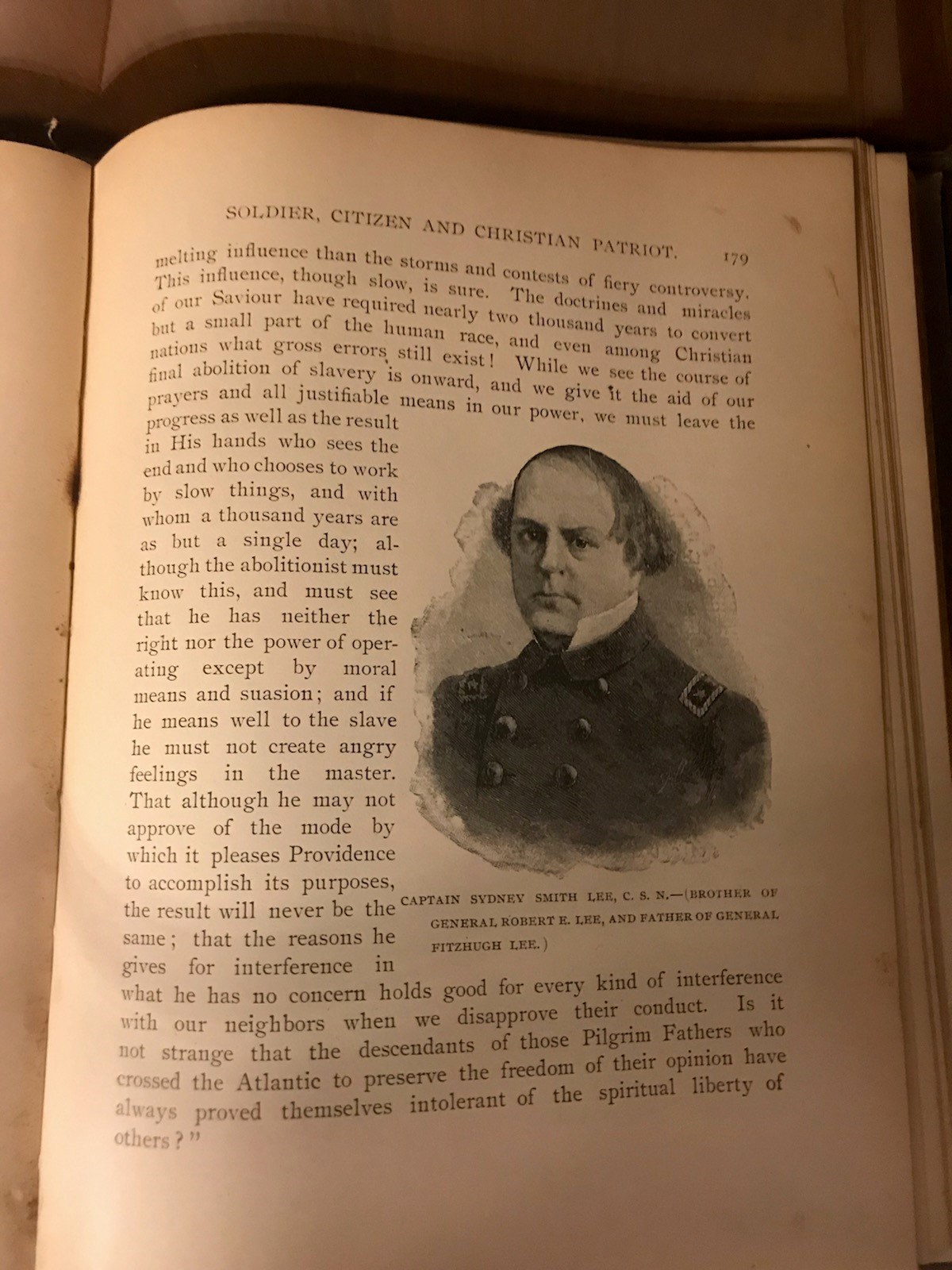 “It is heinous to me that a sitting member of Congress elected by the people, for the people, would display such hateful materials in his Congressional office,” said AFGE National Vice President for Women and Fair Practices Jeremy Lannan. “In my department, we are charged with the responsibility of eliminating employment discrimination in the federal government, and I cannot believe our members were forced to see such a vile display while trying to discuss workplace issues they need support on from their Congressman.”

“Rep. Ferguson must immediately explain why he chose to display this book and the medals, and issue a formal apology for offending the countless constituents who have been forced to see it,” added Lannan.

Miller sent Rep. Ferguson’s Chief of Staff Bobby Saparow an email Monday evening – and followed-up with a call – requesting that the materials be removed from the office, but as of Tuesday evening, had not been contacted by the Congressman about its removal or provided an apology from Rep. Ferguson.

“As the Local President of 554 representing TSA workers in Atlanta – including James – I was disgusted that a member of Congress who represents our members would dare put such divisive materials on display in their taxpayer-funded Congressional office,” said AFGE Local 554 President Shekina Givens. “It is beyond uncomfortable to be told to sit by such disdainful language and materials, and we don’t understand why in this day and age the Congressman has them in the first place.”

Congressman Ferguson issued a statement this morning denying accountability for the book in his office.

“Congressman Ferguson needs to take accountability for what is displayed and presented in his taxpayer-funded office – and most importantly, he needs to apologize for offending the countless constituents who have been forced to see hate speech while visiting the Congressman’s office. This offensive book that’s opened to specific pages – and displayed in a glass case – does not haphazardly appear. Someone intentionally displayed the book and this despicable speech was intentionally placed. We’re not going to stop asking questions until the Congressman takes ownership for his actions and apologizes to those he has offended.”