Debate Shows Why Hillary Is Our Candidate

AFGE president says Secretary Clinton has the vision, leadership, and temperament to serve

WASHINGTON - Last night’s presidential debate between Hillary Clinton and Donald Trump proves that Secretary Clinton is the only candidate with the experience, temperament, and competence to be our next Commander-in-Chief, the head of the nation’s largest federal employees union said today.

“Hillary Clinton understands that the top priority for the nation is rebuilding our middle class and creating an economy that works for everyone, not just wealthy individuals and corporations. Donald Trump wants to take us back to the same failed trickle-down economic policies of the past. 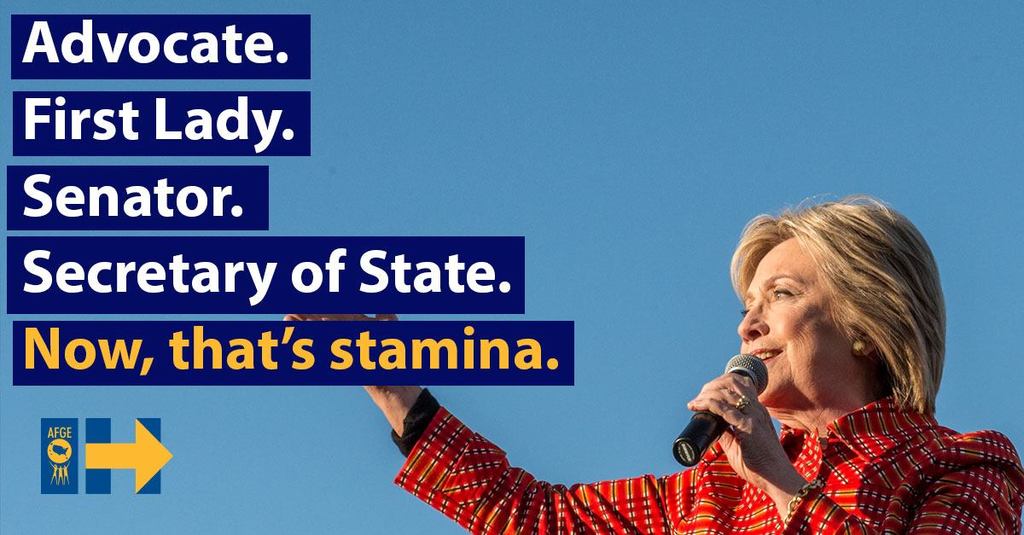 “Donald Trump would run the country like he has run Trump Enterprises – shortchanging working people, failing to honor his agreements, and putting his own self-interest ahead of everything else. He has promised to slash the government workforce, eliminate federal departments and agencies that are vital to our security and prosperity, and gut workplace rights that protect taxpayers from a politicized federal civil service.

“Hillary’s a fighter for working families who won’t back down to anyone. She has the tenacity and temperament to hold the highest elected office in the world. She’s precisely the leader we need in Washington to make the tough decisions and keep our economy moving forward.

“When the going gets tough, Donald Trump simply walks away – leaving a path of failed businesses, broken contracts, and personal destruction in his wake. The American people deserve better than a bankrupt businessman peddling quick-fix remedies to some of our world’s most difficult challenges.”