Use of official time by union representatives results in better care for veterans, AFGE leader says

WASHINGTON – The head of the largest union representing federal and D.C government workers today urged Congress and the Trump administration to protect the decades-old right of employees to have fair representation at the worksite.

In testimony delivered today before two House subcommittees, American Federation of Government Employees National President J. David Cox Sr. said employee representatives at the Department of Veterans Affairs have used the process called official time to work with employees and managers to resolve disputes, address issues of discrimination and retaliation, and effect improvements in the workplace that benefit veterans. 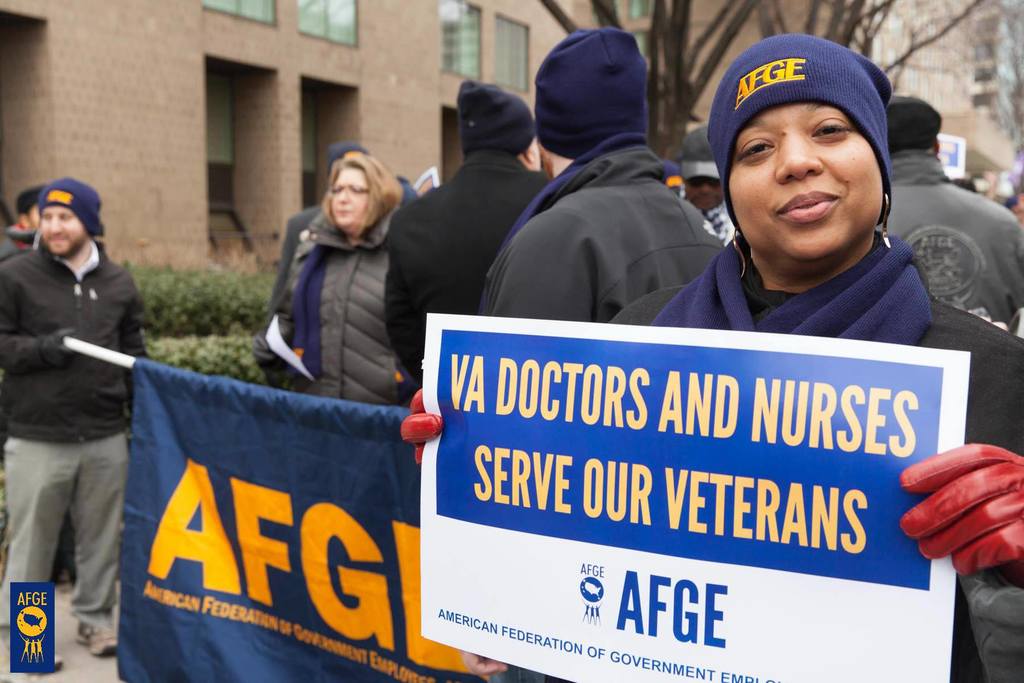 “Our members’ only goal is to deliver excellent care and services to our nation’s veterans,” Cox said in his prepared testimony before the House Veterans’ Affairs Subcommittee on Economic Opportunity and the House Oversight and Government Reform Subcommittee on Government Operations.

“Excellent, highly satisfied and dedicated employees are the VA’s most important resource and reasonable amounts of official time allows employees to participate directly in agency decisions that affect them.”

By law, federal employee unions are required to represent all employees in the bargaining unit, not just those who choose to pay dues. For this reason, Congress established official time in 1978 to ensure that all workers receive fair representation whether they belong to the union or not.

“We take very seriously both our legal obligation to represent all members of our bargaining units, and the legal prohibitions against engaging in non-representational activities,” Cox said in his prepared statement. “AFGE representatives know the difference and act accordingly.”

Indeed, a recent Government Accountability Office report into the use of official time at the VA makes no suggestion or allegation of union wrongdoing regarding the use of official time. In fact, the report cites numerous examples of employee representatives using official time to improve employee-management relations, address emergent or chronic workplace issues, and improve the services that veterans receive.

The use of official time is subject to caps that are agreed upon by agencies and federal unions.

President Cox rejected the argument by those opposed to any union representation in the federal workplace that the VA’s chronic understaffing problems could be solved by ending official time and returning those employees to their agency jobs fulltime.

“To place the blame for VA understaffing on this small element of the Department’s operations is ludicrous,” Cox said.

“Participation of employees’ elected representatives in improving the VA and adding value to VA and the whole federal government needs to continue so we can all accomplish the goal of providing the best services. We urge Congress and the Administration not to undermine a system that has a proven track record of success in improving government.”