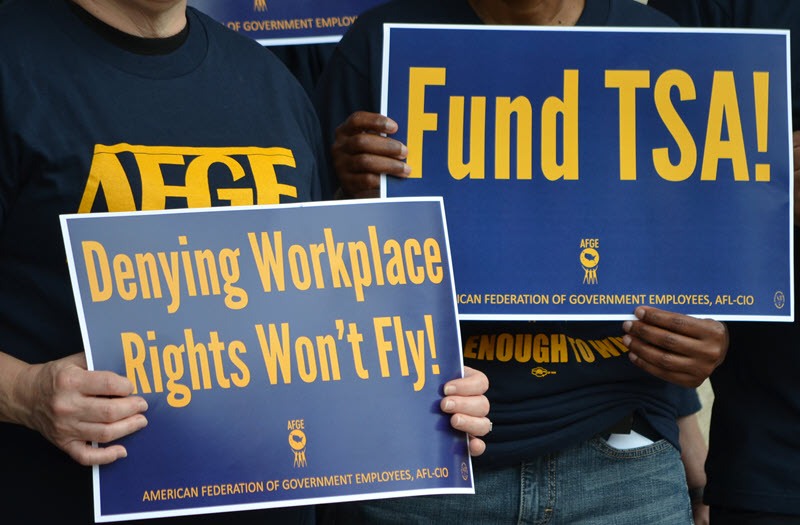 New bill would give TSOs a pay and morale boost

The union representing 45,000 TSA officers nationwide, the American Federation of Government Employees (AFGE), has been fighting for fair pay, labor protections, and benefits for TSOs since the agency’s creation.

The bill, that was first introduced in the 111th Congress, is long overdue for TSA officers who are among the lowest paid federal workers and are not on the same pay scale as their Department of Homeland Security counterparts. This legislation will boost TSA pay by putting TSOs on the General Schedule pay scale.

Despite today’s vote in favor of TSA officers, the White House has threatened to veto this legislation if it reaches the president’s desk.

AFGE thanks Representatives Thompson and Lowey for their continuous support of TSA officers. We urge the Senate to follow in the House’s footsteps and pass the Senate companion bill, the “Strengthening American Transportation Security Act” (S. 944).