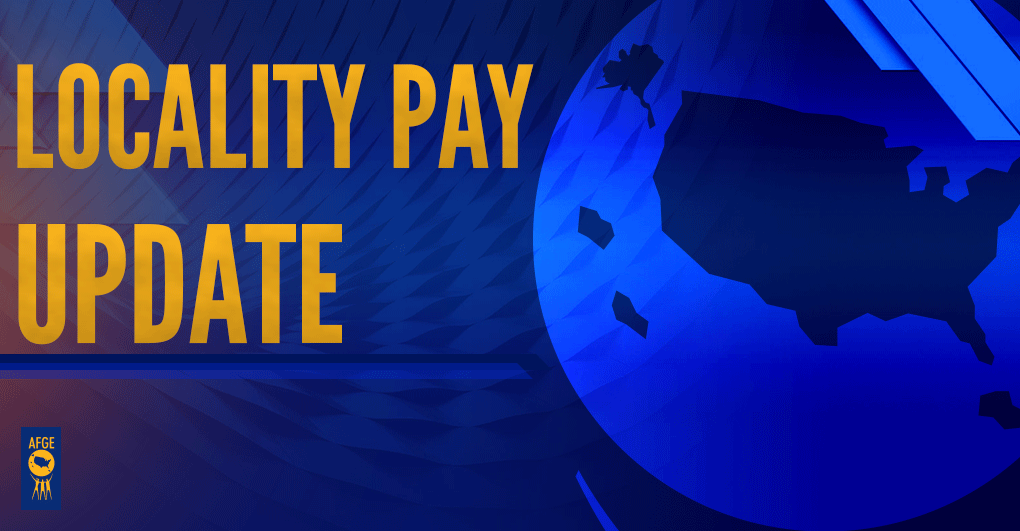 WASHINGTON – The American Federation of Government Employees strongly supports legislation reintroduced in the House and Senate that would correct a longstanding pay disparity between hourly and salaried federal employees.

In numerous locations across the country, the government treats hourly and salaried workers who work in the same location as if they worked in different locations when it comes to calculating local pay rates. Locality boundaries for salaried employees paid under the General Schedule encompass metropolitan labor markets and are updated frequently to reflect local commuting patterns. Local boundaries for hourly workers paid under the Wage Grade system were established mostly in the 1950s and are centered around military installations.

“Currently, salaried and hourly federal employees can work side-by-side in the exact same location yet be treated as though they work in different locations when it comes to determining their locality pay,” AFGE National President Everett Kelley said. “Federal employees in the skilled trades commute along the same routes and face the same living costs as their salaried coworkers, and there is no rational reason why the government pretends they are in different locations once they arrive at work.”

Legislation reintroduced Tuesday by Rep. Matt Cartwright of Pennsylvania and Sen. Bob Casey Jr. of Pennsylvania would equalize the local pay boundaries and prohibit having more than one local wage area within a pay locality. The legislation also ensures no employee will lose pay as a result of the changes.

“Senator Casey and Congressman Cartwright have been fighting for many years to correct this disparate pay treatment, and we appreciate their tireless dedication to this issue,” Kelley said. “We look forward to working with lawmakers in the Senate and House to pass this much-needed legislative fix without delay.”