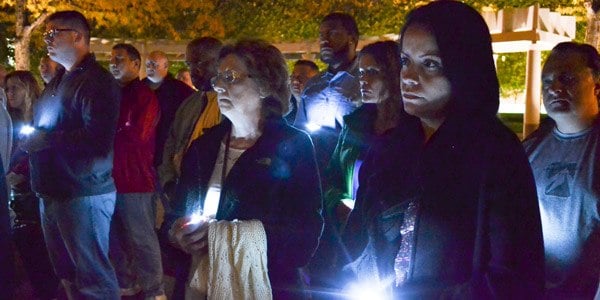 WASHINGTON - On February 25, 2013, a young correctional officer named Eric Williams was alone while supervising 130 inmates at United States Penitentiary Canaan when he was stabbed to death by an inmate. Four years later, Jessie Con-Ui, the inmate charged with murdering Williams, finally convicted of the crime.

Eric Young, the president of the American Federation of Government Employees' (AFGE) Council of Prison Locals (CPL) said he was glad to see the trial end with a verdict of guilty. Penalty stage commences later this month.

"I am relieved to see that this inmate has finally been convicted of this brutal crime after four long years of the Williams family and our staff waiting to see justice," Young said. "I am glad that Don and Jean Williams no longer have to wait in fear of a plea deal instead of a trial. I hope that this decision brings them peace as they prepare themselves for the penalty stage of the trial."

Young hopes that this conviction serves as a reminder to other inmates in the federal prison system that killing a correctional officer carries harsh consequences, and reminds lawmakers of the continued funding needs and challenges facing correctional workers.

"Too often, inmates already serving life sentences attack correctional officers with impunity knowing they will not receive a harsher sentence," Young said. "This unfortunately happened with correctional officer Jose Rivera - where two inmates serving life sentences targeted and murdered a two-tour Iraq war veteran in the line of duty. We will continue pushing for the passage of the Thin Blue Line Act to ensure that any inmate who targets a law enforcement correctional worker or first responder is brought to justice. We will also continue to push for increased funding for federal prisons, to ensure that we have adequate staffing and equipment to keep our officers safe on the job."

The Thin Blue Line Act, which passed the House of Representatives and is now awaiting a vote in the Senate, proposes that the murder of a law enforcement officer, or other first responder would be an aggravating factor in sentencing a convicted offender. AFGE President J. David Cox praised the verdict, and said that the union would continue working to pass life-saving legislation for correctional officers.

"After years of delays and plea bargains and denial of justice, I am thankful that the trial is coming to an end and Con-Ui has been convicted for his crimes," AFGE National President J. David Cox Sr. said. "Now, it's our job as a union to ensure that no more correctional workers are killed on the job, and that no more families have to go through this agonizing process again."