AFGE president: “Lawmakers are attempting to
change the rules after the game has already been called” 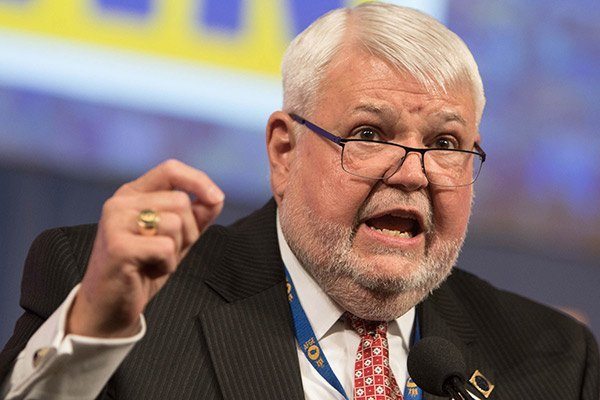 “Instead of honoring the will of the voters who elected Roy Cooper as North Carolina’s next governor, Republican leaders in the General Assembly are trying to push through a series of bills that would prevent the incoming governor from doing his job and would undermine core democratic principles,” said Cox, who is national president of the American Federation of Government Employees. “This is a blatant power grab by the losing party in the November election and must be rejected.”

President Cox also took the unusual position of speaking out against a plan that would extend civil service protections to hundreds of employees who were appointed by Gov. Pat McCrory.

“I’m usually the first to advocate extending civil service rights and protections to more public sector workers, but this is nothing more than a backdoor attempt to stack state agencies with Governor McCrory’s political cronies,” Cox said.

According to press reports, these bills would take away the governor’s existing authority to appoint cabinet members, appoint University of North Carolina trustees, and control the state’s election boards. Lawmakers also want to shift power from the Democratic-controlled state Supreme Court to a Republican-led appellate court and eliminate the right to make constitutional challenges directly to the state Supreme Court.

“These lawmakers are attempting to change the rules after the game has already been called – and every North Carolinian stands to lose if this happens,” Cox said.