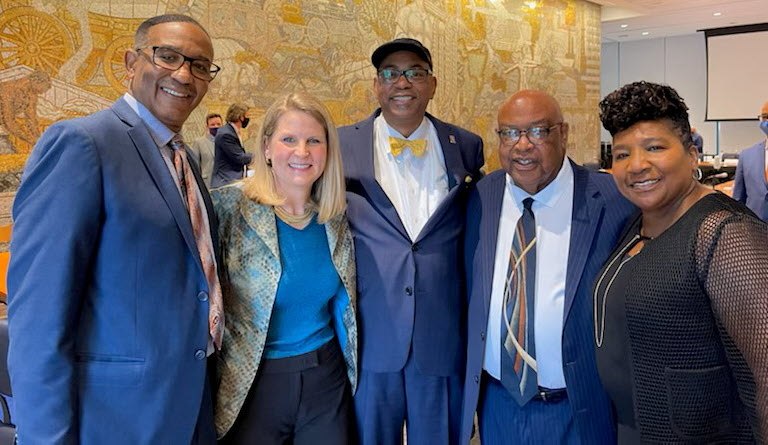 “On behalf of the more than 700,000 government employees AFGE represents, I extend our congratulations to Liz Shuler and Fred Redmond on their elections to lead the AFL-CIO following the untimely passing of former President Richard Trumka.

“As AFL-CIO secretary-treasurer, Liz Shuler has been an unwavering ally of AFGE members for many years – joining us at union conventions, labor rallies, and organizing events to support the federal and D.C. government workers we represent. Her election as the first woman to lead the AFL-CIO is truly a historic and well-deserved achievement.

“Likewise, United Steelworkers International Vice President Fred Redmond makes history as the first African American to serve as AFL-CIO secretary-treasurer. Fred also has been a long-time supporter of AFGE, joining us at our human rights conferences and speaking out in support of the issues that matter most for our members.

“In addition to the elections of Shuler and Redmond, AFGE District 10 National Vice President Cheryl Eliano was elected as one of 55 vice presidents on the AFL-CIO Executive Council.

“As members of the AFL-CIO Executive Council, Cheryl and I look forward to working with Liz and Fred in their new roles to continue advancing the labor movement and strengthening our service to working people across the nation.”