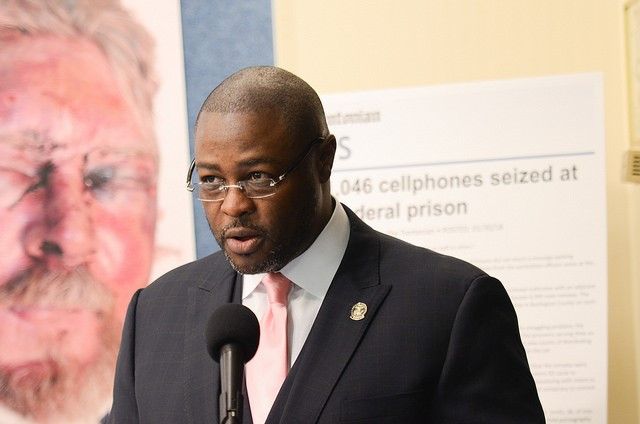 WASHINGTON – The union council representing over 33,000 federal correctional workers nationwide is taking out a series of billboards in Kentucky highlighting the damaging effects the longest government shutdown in U.S. history is having on law enforcement and holding Senate Majority Leader Mitch McConnell accountable for his role in the standoff.  Kentucky has five federal facilities in the state - two are United States Penitentiaries.

“It’s outrageous that the people who guard our communities from dangerous criminals like MS-13 have to go to the food pantry to feed their families while inmates are cashing their checks and feasting on roast beef and Cornish hen,” said American Federation of Government Employees Council of Prison Locals President Eric Young. “We’re going to hold Mitch McConnell accountable for his political gamesmanship. He could end this shutdown any time by allowing legislation already passed by the House to come to a vote on the Senate floor. Instead, he’s chosen to prolong this shutdown, endanger the lives of law enforcement officers, and hurt the communities right here in Kentucky where they work and live.”

The billboards will be placed at strategic points along major highways in Kentucky. They feature informational messages about the pain this shutdown is causing federal correctional workers and a call for Mitch McConnell to end the shutdown by bringing H.R. 21 to a vote on the floor of the Senate.

“A federal prison is already a dangerous and stressful working environment,“ said Young. “Now, our members are being required to work mandatory overtime without pay. They’re working 16-hour shifts, worrying about how they’ll be able to pay their rent or mortgage, put gas in the car, afford child care or keep the heat on. It’s a recipe for disaster in an environment where fatigue and distraction could cost you your life.”

The government shutdown has created a severe financial hardship for many Bureau of Prisons employees, Young said. Even paying for the gas to get to and from work has become a challenge for some, since most federal prisons are located in rural areas far from officers’ homes. Officers missed their first paycheck on Jan. 11, and there is no sign of when the next one will come.

“Until the government reopens and our members start getting paid again, we’re going to be out here doing anything and everything we can to bring this shutdown to an end,” said Young.