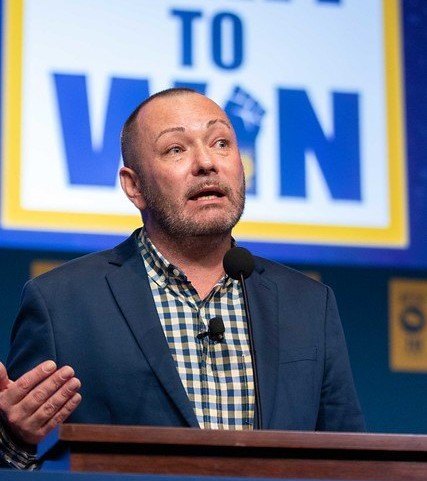 “At AFGE we have always, and will always, support our troops – with no exceptions. Sadly, that’s more than our president can say now that he has enacted new rules that force transgender individuals to choose whether they want to hide their gender, be given a ‘distressed’ diagnosis by a doctor, or be denied the ability to serve their country.

“It cuts me to the core to know that my sisters and brothers who identify by a different gender than the one they were assigned at birth will now be forced to make such an unenviable choice because of a policy that has no actual bearing on someone’s ability to serve in the armed forces. And I’m at a loss for words why President Trump is trying to hurt our military by attacking Americans who just want to serve their country.

“In our Women’s & Fair Practices Departments, we believe in ‘the elimination of employment discrimination based upon sex,’ and I cannot fathom how in 2019 we’re having to stare down this new directive from our Commander-in-Chief. It’s been eight years since we finally got rid of ‘Don’t Ask Don’t Tell,’ and now, instead of building on that progress we’re taking an enormous step backwards as a country.

“On behalf of our union and AFGE Pride, we call on the president to lift this transgender ban and allow any American who wants to serve in the military to do so proudly – and not be forced to hide in the shadows. Every American should be allowed to live their truth, especially if they have signed up to risk their lives for our freedom and protection.