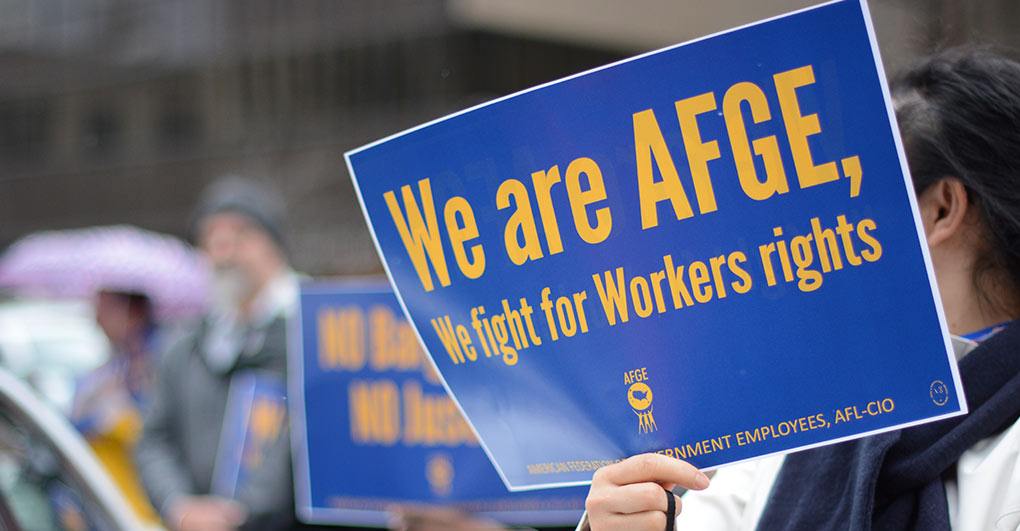 WASHINGTON – American Federation of Government Employees National President Everett Kelley issued the following statement in response to the results of the Amazon union election in Bessemer, Ala:

“As a native of Alabama, I understand personally just how much was on the line for the brave workers in Bessemer who stood up to try to win their union at Amazon.

“AFGE commends their inspirational fight to form a union inside one of the world’s most powerful corporations. These workers should be extremely proud of the part they played in this historic moment. They spoke out against unjust working conditions and shined a light on the human cost of same-day shipping. Through their efforts, the world learned why having a union in the workplace is so important.

“The results of this election, influenced as they were by Amazon’s shameless union busting tactics, show that Congress must act quickly to pass the Protecting the Right to Organize (PRO) Act. This legislation would strengthen our labor laws, taking power away from big corporations like Amazon and ensuring workers exercising their right to form a union can do so through a free and fair election.

“Every worker deserves a union and companies like Amazon that harass, bully, and intimidate those who exercise their right to organize, must be held accountable. The House of Representatives has stood by working people by passing the PRO Act, and AFGE calls on the Senate to do the same.”