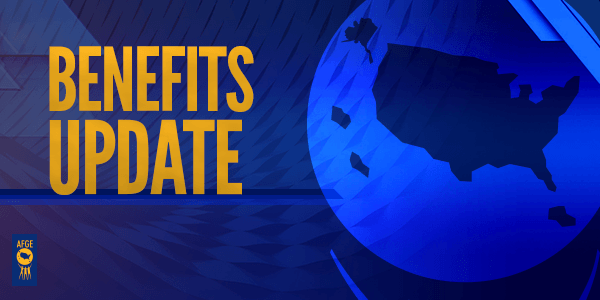 AFGE president reacts to today’s announcement that federal employees and retirees will be hit with 4.9% average rate hike in January

WASHINGTON – American Federation of Government Employees National President Everett Kelley issued the following statement in response to rate changes in health insurance premiums under the Federal Employees Health Benefits Program that were announced today by the Office of Personnel Management:

“Today’s announcement that current and retired federal workers will pay 4.9% more in health insurance premiums on average next year, while the government’s share will increase just 3%, is yet another sign of the relentless pressure working people face every day in this country. The government continues to shift costs for health insurance onto the backs of federal employees and retirees, forcing them to either pay up or drop out.

“This shameful rate hike continues a pattern of large increases and cost shifting onto employees throughout President Trump’s administration. Since President Trump has been in office, the average premium for current and retired federal employees has increased a whopping 18.1%. The president claims to be one of the best dealmakers on the planet, yet when it comes to negotiating these health insurance rates, he gives private health insurers whatever they ask for and sticks current and retired federal workers with the bulk of the bill.

“The 4.9% average rate hike will swallow up the 1% pay adjustment President Trump has proposed giving federal workers in January, as well as the 1.3% cost-of-living adjustment federal retirees will receive in their Social Security checks next year. Federal workers also will be hit with twice as much Social Security taxes in the first quarter of next year thanks to Trump forcing them into his payroll tax deferral scam.

“These premium increases are unacceptable and yet another sign of an economic system and administration that fails to work for working people.”