“President Trump’s war on working people knows no limits. As Wall Street shareholders are reporting record profits and the wealthiest 1 percent are basking in their massive tax cuts, President Trump believes the career employees who keep the government running deserve another cut, this time to their retirement. 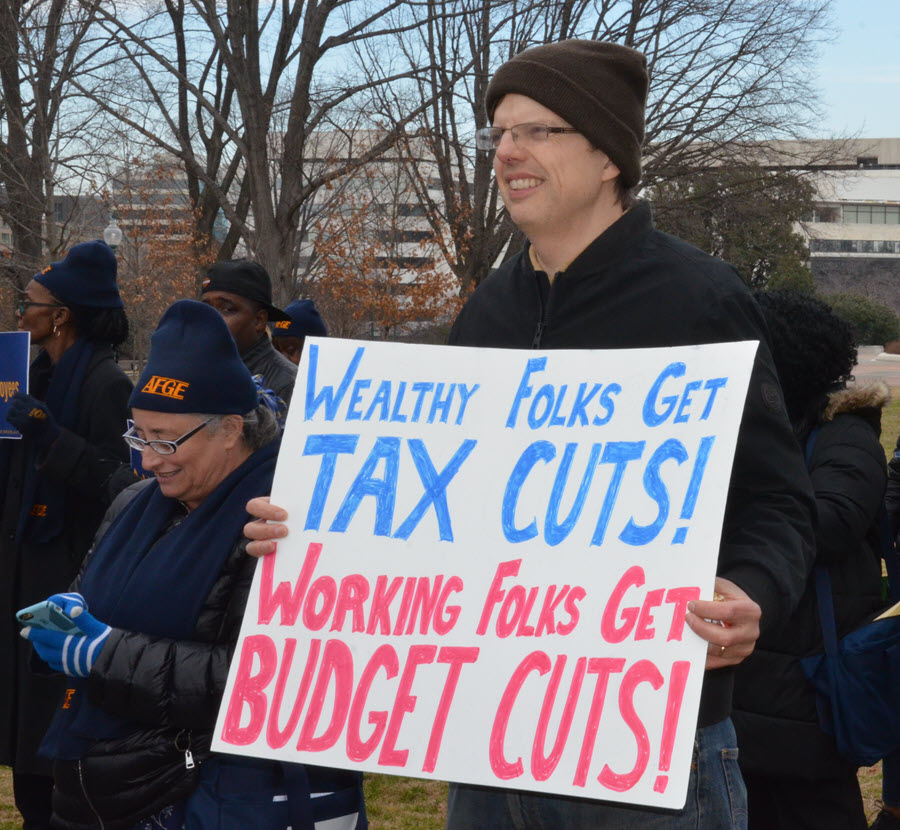 “Federal offices across the country are struggling to recruit and retain workers because federal wages and benefits are falling further behind the private sector. Yet the Trump administration wants to freeze employees’ wages next year and now is proposing to take away the retirement benefits they’ve worked a lifetime to earn.

“Legislative proposals submitted to Congress by Office of Personnel Management Director Jeff Pon would cut $143.5 billion in wages and benefits from current and retired workers over the next 10 years. That’s on top of the $246 billion in cuts to wages and benefits that have been made this decade, including next year’s proposed pay freeze.

"These proposed cuts come at a time when federal employees lag further and further behind their private-sector counterparts in comparative compensation. Federal employees today bring home 5 percent less than they did at the start of the decade, when adjusted for inflation, and they earn roughly one-third less than they would make doing comparable work in the private sector.

“The Trump administration wants to force current federal workers to pay substantially more into their retirement accounts while cutting the size of those benefits for current and future retirees. Plus, the administration would eliminate retirement payments that go to law enforcement officers and other workers who retire before Social Security kicks in.

“While the proposals themselves are bad enough, so is the way the administration is trying to ram them through Congress. The administration wants these proposals attached to the Department of Defense’s fiscal 2019 authorization bill, even though these changes would affect all current and retired federal employees. This is an insidious attempt to trick the American public and polarize members of Congress who support federal workers.

“These shameful proposals must be rejected outright. The women and men who keep our government running every day should be able to earn a decent living while they’re working and be able to retire with the benefits they earned and were promised.”