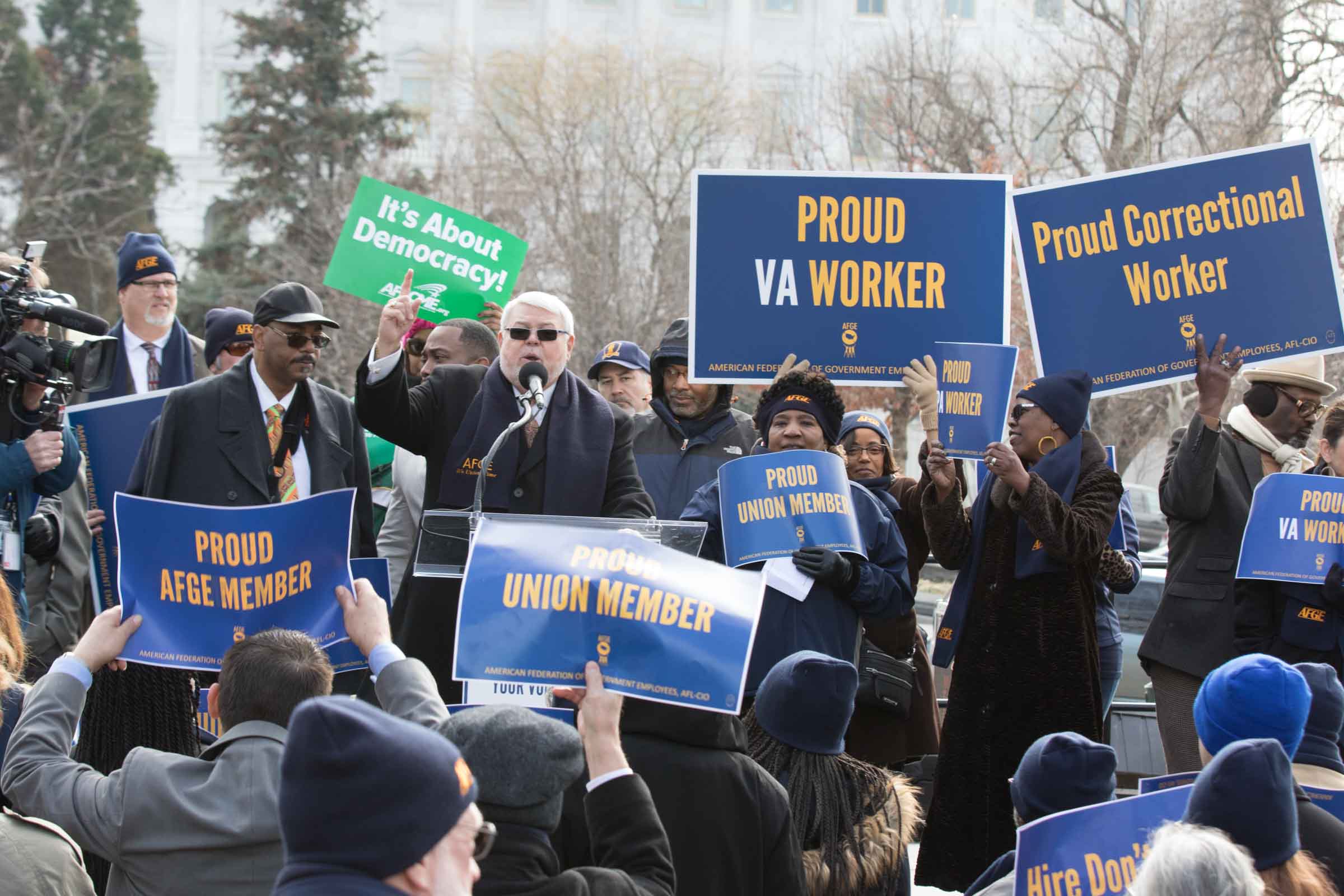 “For the last two years, the administration and its allies in Congress have run roughshod over the federal workers who keep this country running, and have launched a series of unprecedented attacks on our union in the process. Now, thanks to tremendous voter turnout and enthusiasm, we can once again count on Congress to provide checks and balances on the White House.

“We expect the 116th Congress to respect workers’ voices in the workplace, respect the collective bargaining process, and respect the important work federal employees do on behalf of the American people. And with narrow-majority Senate returning, there will be opportunities for bipartisan efforts.

“We look forward to working with leaders on both sides of the aisle to protect union rights and protect federal pay and retirement.  We will also work with the bipartisan majority that opposes costly and unaccountable outsourcing of federal government work.

“We are extremely proud of the efforts put forth by our members this year.

“AFGE activists turned out in unprecedented numbers, and spent a tremendous number of hours knocking on doors, mailing literature, holding candidate town halls, making phone calls and texts, and working tirelessly to get out the vote. We endorsed candidates from both major political parties in federal, state, and local races and we know that our efforts had an important impact on tonight’s outcome.

“Today is a win for America’s workforce, and we look forward to working with members of Congress the next two years on progressive change. This wouldn’t have happened without the hard work of our 318,000 members nationwide, and we know tonight they are celebrating the election of Congressional leaders who will stand by their side and fight for them in Washington.