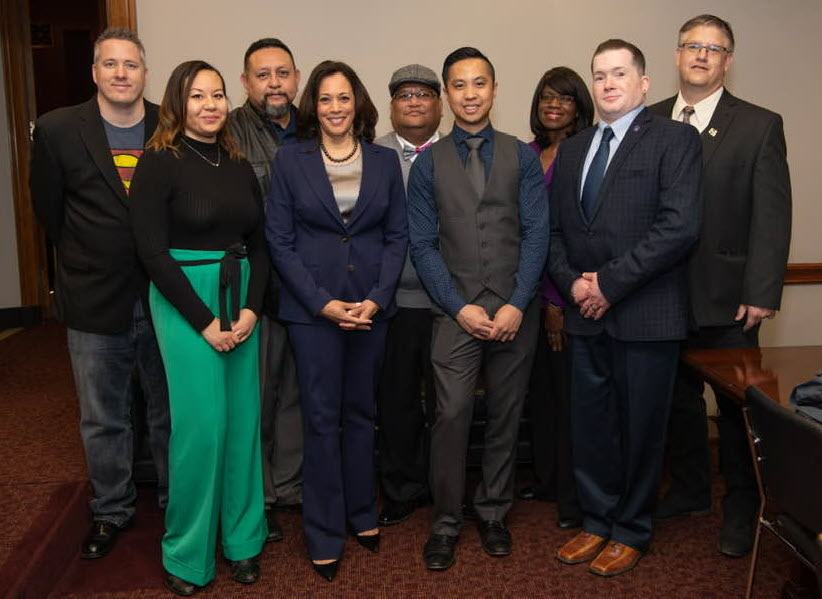 Harris has strong record of supporting working people, with previous 100% ratings from both AFGE and the AFL-CIO

“In picking Senator Kamala Harris as his running mate, Vice President Biden has ensured that the 2020 Democratic ticket will make history and deliver on the central promises of this campaign.

“Senator Harris has been a proven fighter for working people throughout her career. As a district attorney, she prosecuted companies that endangered workers and stole their wages. As California’s attorney general, she fought for public employee unions, and as a United States senator she has taken a strong stance against the disastrous Janus decision. She has a strong voting record on the issues that matter to federal and D.C. government employees and to workers across the nation, with past 100% ratings from both AFGE and the AFL-CIO.

“Senator Harris is the right choice for this moment in our nation’s history. She is a fighter, and AFGE is a fighting union. In the Senate, Harris fought alongside AFGE members to end the longest government shutdown in U.S. history and has stood with us against the Trump administration’s assault on federal workers’ collective bargaining rights. AFGE members across this country are excited to stand together, fight back, and elect President Joe Biden and Vice President Kamala Harris to lead the nation this November.”