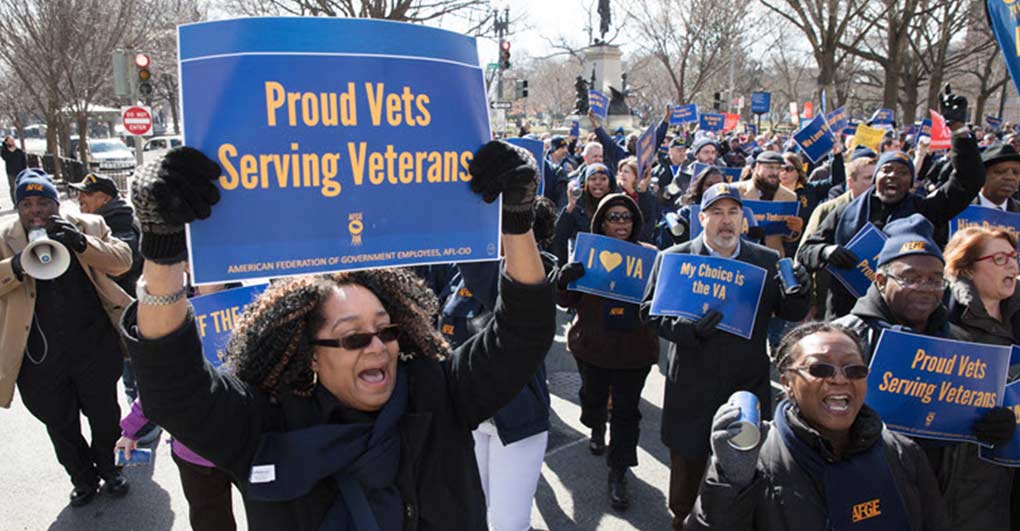 WASHINGTON – The American Federation of Government Employees, which represents 260,000 employees at the Department of Veterans Affairs, is calling out VA leadership for praising the May 2018 executive order which forced unions out of the office spaces, making it harder for front-line VA employees to seek union representation and have their voices heard.

“While the VA was busy kicking unionized VA employees out of office space, the agency was ignoring widespread shortages of critical personal protective equipment for front-line workers – shortages that put veterans’ and employees’ health at risk.

“They even falsely denied reports about the shortages from front-line VA health care workers but were later forced to backtrack after VA employees kept speaking out and demanding PPE for themselves and their veteran patients.

“The idea that silencing the voices of these very same front-line workers is going to lead to better services for veterans is just not consistent with the facts.”