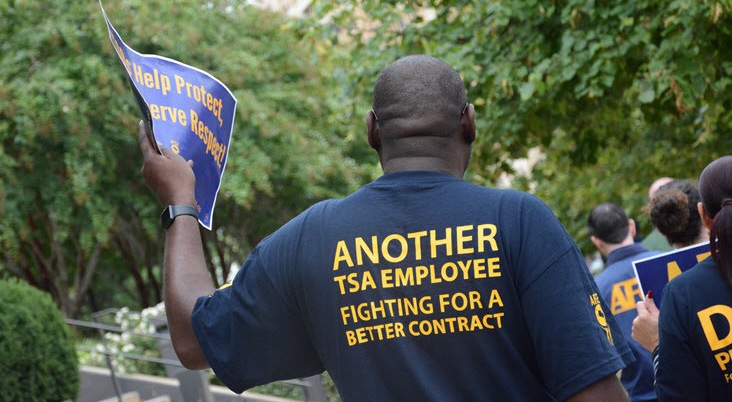 WASHINGTON — The American Federation of Government Employees (AFGE), which represents over 44,000 workers at the Transportation Security Administration (TSA), joins House Democrats in urging the TSA to uphold TSA officers’ collective bargaining rights and to work with the union on a new contract.

Last week, Democratic representatives on the House Committee on Homeland Security sent a letter to TSA Administrator David Pekoske imploring him to commit to negotiating a new collective bargaining agreement with TSA officers (TSOs). The letter was prompted by a recent House committee hearing where Pekoske refused to say for certain whether he would negotiate a new contract with TSOs. The current collective bargaining agreement between AFGE and TSA expires in December.

“Collective bargaining provides an important avenue to addressing systematic workforce issues like those identified by the DHS OIG and employee surveys,” House Democrats wrote in the May 2 letter. “Continuing to allow collective bargaining is critical to improving retention.”

At the hearing, Pekoske highlighted TSA’s national advisory council as an avenue to improve communication with the TSO workforce. However, House Democrats say the advisory council is not a substitute for formal collective bargaining.