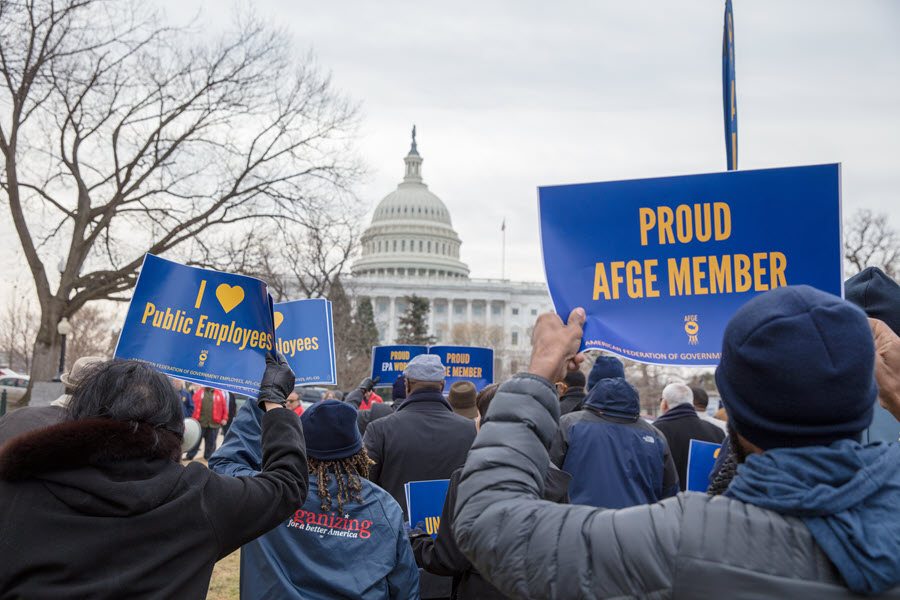 WASHINGTON – Two months after the longest shutdown in U.S. history crippled the government and left 800,000 federal workers without a paycheck for 35 days, members of Congress are taking part in the American Federation of Government Employees’ (AFGE) Federal and D.C. Worker Appreciation Week by visiting federal worksites to show their appreciation for federal and D.C. government employees and their contributions to the nation.

“Federal employees are America’s workforce – they take an oath to support and defend the Constitution and to faithfully carry out their jobs as civil servants,” AFGE National President J. David Cox Sr. said.

“During the government shutdown, the public rallied to help 800,000 federal employees feed themselves and their families as they struggled without a paycheck for an unprecedented 35 consecutive days,” Cox said. “Federal and D.C. Worker Appreciation Week is a time for employees to say thank you for all the support we continue to receive, and to remind our elected leaders of the critical work AFGE members do on behalf of all Americans every day.”

More than 50 AFGE locals have planned events for Worker Appreciation Week. They are inviting their local members of Congress to tour their federal facilities and learn more about the work our members do on behalf of the public.

“We don’t ever want to go through a government shutdown again,” Cox said. “By proactively reaching out to our members of Congress and to the larger community, we hope to demonstrate how the work we do adds value to all our lives.”

While dozens of events are still planned for this week, members of Congress from both political parties have already made visits and expressed their appreciation for federal and D.C. government workers. Many members of Congress also shared messages of support on Facebook, Twitter, and other social media pages.