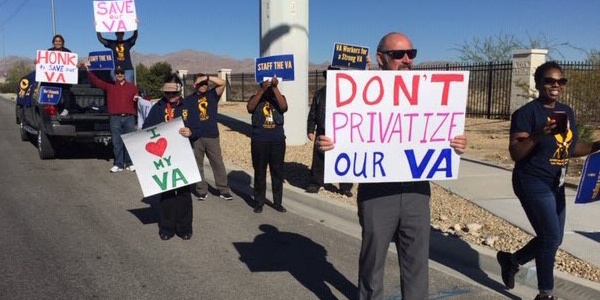 “This report echoes what our members have been telling us and paints a distressing picture of how our veterans are not getting the care they deserve due to the failed leadership of this administration,” said AFGE Local 1224 President Linda Ward-Smith, whose local represents more than 2,700 health care workers and staff in Southern Nevada.

“Make no mistake, this is an attempt to silence the voices of VA employees at a time when such oversight is more critical than ever,” said AFGE National President J. David Cox Sr., who was a psychiatric nurse at the VA for more than 20 years. “Clinicians safely communicate concerns about patient safety, access to care, and staffing shortages to their union representatives, who then work to address those issues with management. Silencing their voices endangers our veterans.”