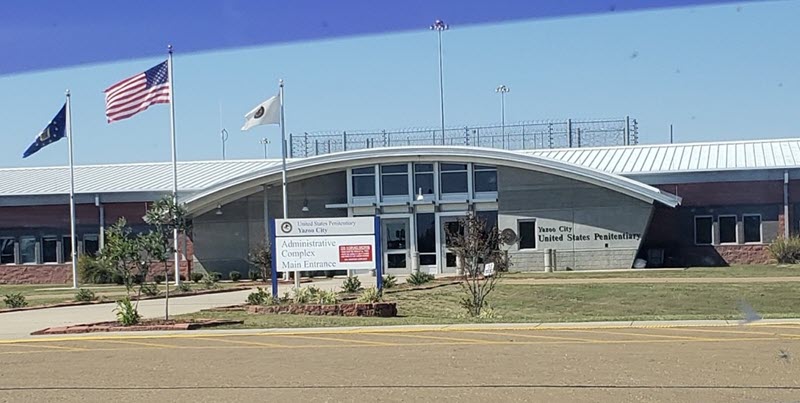 WASHINGTON – Correctional officers at Federal Correctional Complex Yazoo City are struggling to cope with a mass influx of inmates, severe staffing shortages, and the resumption of inmate visitations – all during a global pandemic that is endangering the health and safety of officers, inmates, and the community.

The Bureau of Prisons changed the mission of the Mississippi prison complex – which houses a mix of low-, medium-, and high-security inmates – to a Care Level II low-security level institution and hold-over facility on Sept. 1. With this change, about 400 inmates were bussed into the complex from other BOP facilities, while medium-security inmates who were evacuated from the Federal Correctional Institution in Marianna, Fla., following a 2018 hurricane were returned there at the beginning of October.

FCC Yazoo City currently is short 134 staff, yet due to the influx of inmates it now has 11 of its 12 housing units in operation, up from a maximum of four units prior to Sept. 1. Staff are working 16 hours or more daily, seven days a week, and employees who were hired for non-officer positions such has teachers, secretaries, and accountants have been required to take on correctional officer duties under a process called augmentation, said Cyndee Price, president of American Federation of Government Employees Local 1013, which represents workers at the prison complex.

“It is highly unfeasible for the Agency to take on more inmates when the staffing level has not been increased. This increases the inherent workload and changes the working conditions of the staff here at FCC Yazoo City,” Price wrote in letters to Gov. Tate Reeves and the state’s U.S. congressional representatives. “We do not have the staffing compliment to fulfill the needs of this institution, without causing undue stressors onto the staff.”

In addition, the prison complex announced that on Oct. 3 it would be resuming inmate visitations, which had been suspended this spring due to the coronavirus. Price said the complex has no contingency plan in place to deal with an outbreak of COVID-19 and that its safety department recently failed a test of its coronavirus safety procedures conducted by BOP regional medial officials.

“Our Safety Department is not equipped to contain and minimize the spread within the facility. It is surely not equipped to decrease the potential spread from hundreds of individuals who are coming from across the country into our facilities,” Price wrote in a separate letter to the elected officials.

Price called on elected leaders from the state to pressure the prison to end in-person visitations and cease the transferring of inmates into the facility until the threat of the virus has passed.