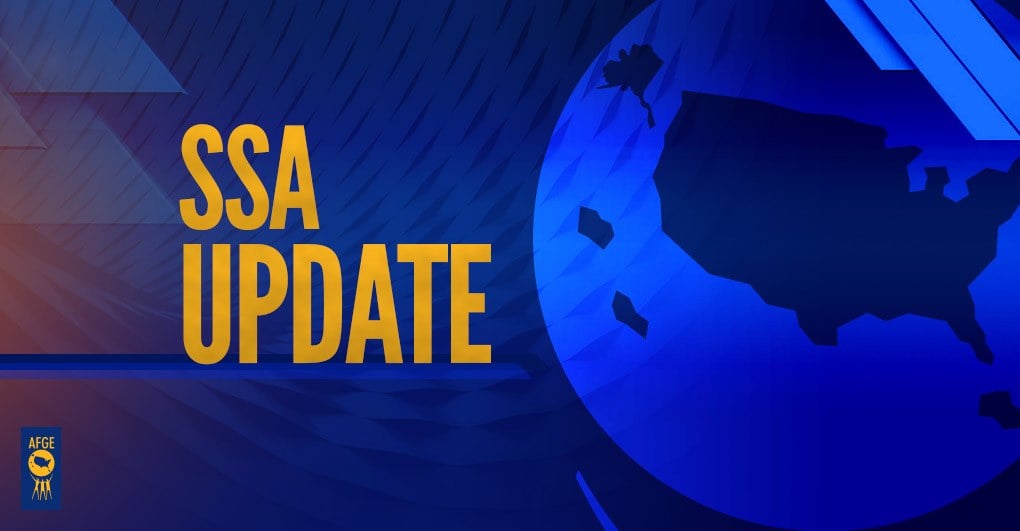 WASHINGTON – The largest federal union representing employees at the Social Security Administration says the agency has a confirmed pattern of discriminating against minority and disabled workers in their performance appraisals.

The American Federation of Government Employees’ councils representing more than 40,000 Social Security employees nationwide have filed grievances for each of the past six years, charging the agency with systemic discrimination over a pattern of denying top performance appraisals to minority employees and workers with disabilities.

“This pattern of systemic discrimination against Social Security employees is undeniable – and in fact the agency acknowledges that it exists – yet the agency has done nothing to rectify the problem or make the employees whole for their losses,” said Richard Couture, president of AFGE Council 215 and lead grievance representative for AFGE’s general committee of SSA councils.

The failure to recognize top performers among minority and disabled workers extends across the agency’s workforce, including field and hearing offices, payment and teleservice centers, and headquarters.

SSA settled a grievance with AFGE’s unions in 2015 over the issue yet failed to address the underlying problem, resulting in continued disparate treatment of non-white employees and workers with disabilities. AFGE’s SSA councils have been working to resolve their grievances with the agency and reach a settlement, yet agency officials recently walked away from the talks.

“The agency’s refusal to come to the table and settle this longstanding issue continues a pattern of mistreatment against employees and their union representatives by this administration,” AFGE National President Everett Kelley said. “This is the same administration that has taken action to decimate federal unions, gut workers’ due process rights and merit systems protections, prohibit agencies from educating employees about systemic discrimination in the workplace, and allow workers to be hired or fired at will.”

The agency’s failure to address performance appraisal issues is having a detrimental impact on worker morale and agency productivity, Couture said. He pointed to results of the annual governmentwide employee satisfaction survey, which shows a steady decline in employee engagement over the past 4 years – from 66% in 2015 to 59.8% in 2019, and down from an all-time high of 71.6% in 2010. Social Security ranked 14 out of 17 as the best place to work among large agencies in the most recent survey.

Studies have shown that employees are far less productive and efficient when working with biased managers.