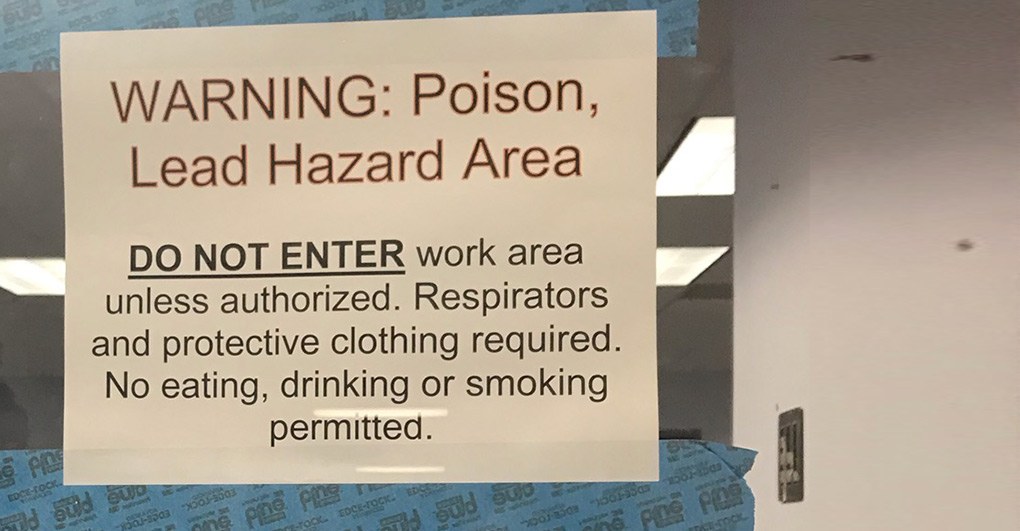 WASHINGTON – The years-long failure by managers at the General Services Administration to properly mitigate hazardous working conditions at the Goodfellow Federal Center in St. Louis, Mo., has prompted the nation’s largest union, the American Federation of Government Employees, to file a whistleblower disclosure with the Office of Special Counsel, call for a Congressional investigation, and request the immediate transfer of affected workers from the location.

In a letter to Missouri Congressman William Lacy Clay, whose district includes the federal building, AFGE leaders say the General Services Administration has failed in its responsibility to ensure a healthy and safe workplace for federal employees.

“GSA took away each employee’s right to protect his or her health by ensuring they were not informed of the contamination in the work space,” AFGE said in the letter. “Those hazards have not been eliminated. Employees are still being asked to believe GSA is properly managing the contaminations when they have been chided by their own Inspector General three times in the past nine years for not having an environmental program that protects the safety of their tenants.”

Signing the letter were AFGE 9th District National Vice President Michael Kelly and the presidents of four AFGE locals representing federal employees at the Goodfellow Center who work for the Department of Veterans Affairs, the U.S. Department of Agriculture, and Social Security Administration.

The toxic contamination at the Goodfellow Center was confirmed in 2016 following an investigation by the Occupational Safety and Health Administration (OSHA). Yet GSA continued to misrepresent the dangers of the contamination even after the OSHA investigation, acknowledging only 2 of the 83 hazardous substances. While tests performed since 2016 show that asbestos and lead are no longer in the air, employees have no information on the other 81 contaminants because GSA has not tested them, AFGE said.

GSA’s own environmental analysis in November 2016 confirmed lead, cadmium, arsenic, and other heavy metals contaminated most of the heating, air conditioning, and ventilation systems – meaning employees were exposed to these airborne contaminants for years before OSHA’s investigation. GSA also has failed to follow OSHA’s recommendation to prevent contaminants from migrating from building basements and tunnels into upstairs offices.

Aggravating matters further, the same GSA managers who have failed to act at Goodfellow also were admonished by the agency’s Inspector General in 2010 for endangering the health and safety of employees at the Bannister Federal Complex in Kansas City, Mo., where one employee died in 2006. “GSA has repeatedly shown over the past 20 years that they do not care about [the] safety and health of federal employees,” AFGE’s letter said.

The whistleblower disclosure AFGE filed with the Office of Special Counsel notes that agency management has failed to take proper steps to mitigate known hazards, exposed thousands of employees and possibly their families, and failed to provide proper notification. Reports note that one area of contamination has been the child care center.

AFGE is also concerned about internal GSA documents in which management calls for whistleblowers to receive counseling so they can be team players or for them to be transferred. “Whistleblower harassment and retaliation should never be tolerated, but GSA management appears to be recommending just that,” AFGE National President J. David Cox Sr. said.

AFGE requested multiple actions to help address the situation, including:

GSA’s repeated failure to uphold its mission and properly protect the well-being of workers and visitors at federal buildings should give Congress pause as it considers the Trump administration’s proposal to make GSA responsible for administering all human resources functions governmentwide, Cox said.

“GSA is incapable of protecting the health and safety of employees working in federal buildings, yet somehow the Trump administration thinks this agency can take on the added responsibility of administering the government’s pay and leave policies and other HR functions,” Cox said. “Congress must not reward GSA for flouting federal laws and allowing workers to spend years in a toxic workplace.”