‘The Administration is Setting Us Up to Fail,’ says VA Workers Union 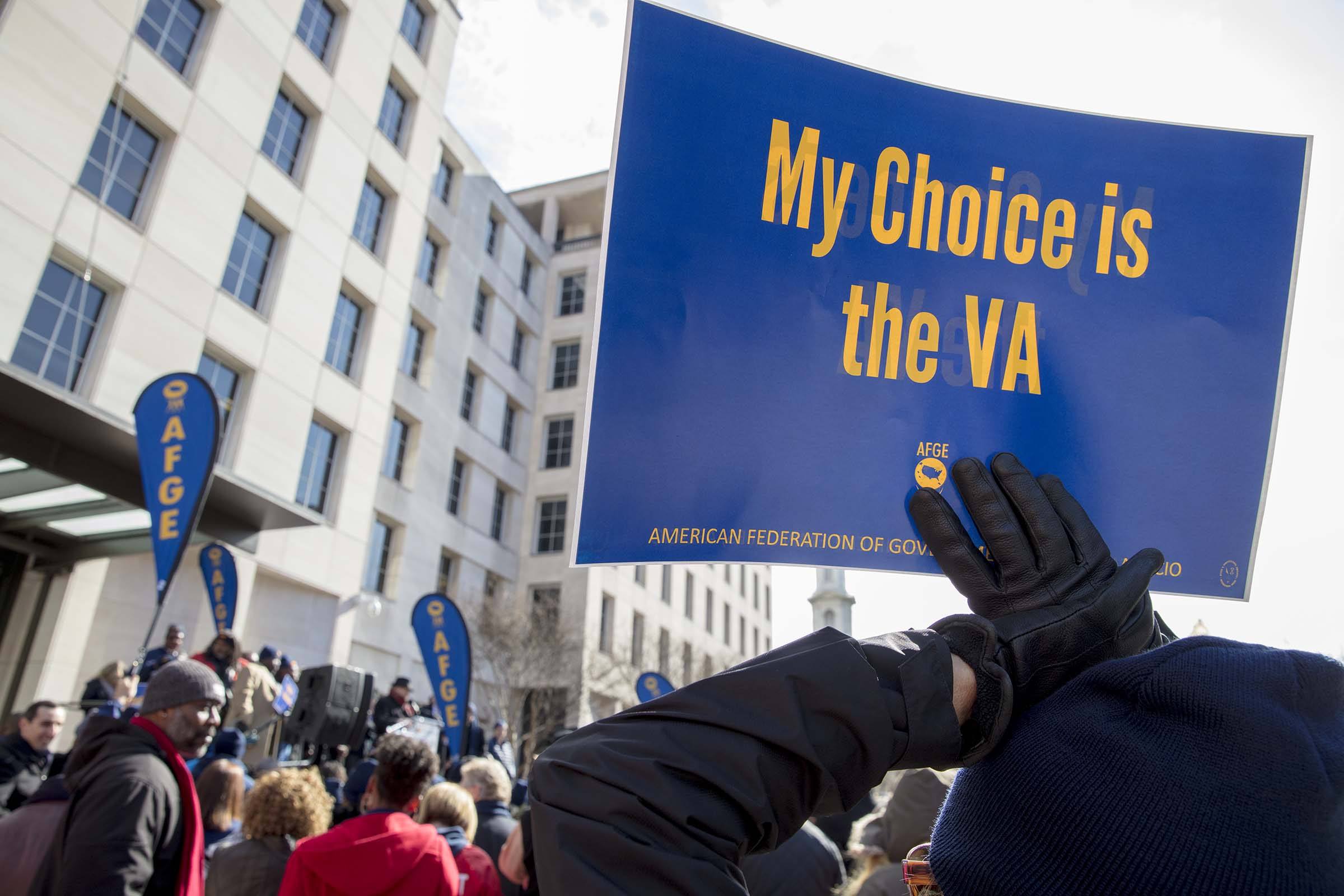 WASHINGTON – On Friday, February 15, the Department of Veterans Affairs quietly posted that the agency now has 48,985 unfilled vacancies – up nearly 4,000 since the VA started posting vacancy totals in August 2018. The muted rollout of the data – which is only tracked and posted because of a push for transparency from the American Federation of Government Employees – follows Secretary Robert Wilkie’s recent announcement that the Department is outsourcing care and funding from the already short-staffed and underfunded agency.

“It is unconscionable that Secretary Wilkie is starving the VA by leaving almost 49,000 positions unfilled– 42,790 of which are at the Veterans Health Administration,” said AFGE National President J. David Cox Sr. “As the Secretary recently said, the ‘VA is seeing more patients than ever before, more quickly than ever before, and Veterans are more satisfied with their care than they have been previously’ – which comes as the VHA has jumped from having 35,000 unfilled vacancies in October 2017 to nearly 43,000 today.”

Cox added, “With the outstanding work being done by VA medical centers across the country, why would anybody try to undermine them with short staffing or shifting funding to the private sector?”

Last month the VA announced new criteria for privatized care that will be simultaneously slower and inferior to the integrated and specialized care offered by the VA. Understaffing the VA is a slow-motion replacement of VA’s in-house care with private care that is demonstrably unable to deal with veterans’ unique needs. Workers, medical experts, and members of Congress raised concerns that the VA’s in-house funding and staffing challenges will be worsened by funneling more money into the private, for-profit sector, and questioned the lack of transparency around the development and implementation of expanding private care for veterans.

“This push for further privatization should not occur, and the MISSION Act should not be implemented under the current schedule unless and until the VA does a thorough analysis of the impact of privatization on the quality and cost of care,” said AFGE National Veterans Affairs Council President Alma Lee. Lee, who represents 250,000 workers at the VA, says there are alternative approaches that will improve care – namely increased funding and a commitment to achieving full-staffing inside the VA.

“While the administration is setting us up to fail so they can dismantle veterans’ preferred health care provider, there are thankfully allies in Congress who are working to ensure we can hire and retain the medical professionals we so desperately need,” said Lee.

“Veterans are provided the best quality and timely care when the VA workforce can thrive,” said Rep. Takano. “With more than 40,000 employee vacancies in the VHA alone, it is crucial to ensure that doctors, nurses, and other medical professional are equipped with the best tools to retain and recruit the best talent to serve veterans — this bill will help make that possible.”

“The nurses, physicians, and health care workers at our nation’s VA medical centers, many of whom are veterans themselves, are the best at what they do. When they are able to collectively bargain and have their voices heard in the workplace, care improves for veterans. At a time when Americans are working harder and earning less for the time they put in, we should be making it easier for all workers to advocate for better working conditions, which leads to better veteran services and care,” said Sen. Brown.

“Thank you to Rep. Mark Takano and Sen. Sherrod Brown for once again standing with the women and men who care for our nation’s veterans,” said Cox. “Without the ability to advocate for other health care employees working under stressful conditions, or the ability to advocate for better patient care, the VA is going to struggle to attract and retain the best and brightest in the medical field and veterans will be at greater risk. It’s essential that Congress pass the VA Employee Fairness Act as soon as possible, so we can stop losing the professionals we have and hire the workers we need to continue serving those who have borne the battle.”