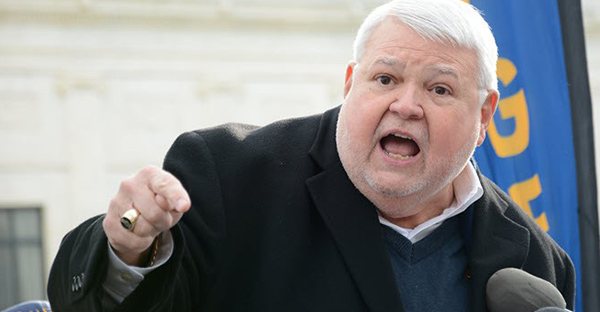 WASHINGTON – Yesterday, over the opposition of the Atlanta City Council, Atlanta community groups, and the nation’s largest federal employee union, the Georgia State Senate voted to pass SB 131 – the Georgia Major Airport Authority Act. If signed by Georgia Gov. Brian Kemp, SB 131 would replace local control over the country’s busiest airport to a Governor-appointed board, removing authority and oversight from the local community.

The American Federation of Government Employees, which represents 700,000 federal and D.C. government workers, vehemently opposed the bill and wrote a letter to Gov. Kemp Thursday urging him to oppose a state takeover of the busiest and one of the most profitable airports in the nation.

“Hartsfield-Jackson is the busiest airport in the world, and every day our Transportation Security Officers protect travelers and the airport – even during government shutdowns when they’re not being paid,” said AFGE National President J. David Cox Sr. “This bill is unnecessary and potentially damaging to travelers and the surrounding community as oversight of contractors would be shrouded in mystery, and our workers could be replaced by unaccountable private screeners.”

The Governor-appointed board would be similar to one in Orlando that last year signaled their intention to outsource security – despite Orlando International Airport being named as the top airport in the country by the J.D. Power 2017 North America Airport Satisfaction Study. Ultimately, after pressure from labor groups and members of Congress, the Greater Orlando Aviation Authority rescinded its original vote to replace federally trained TSA officers with private screeners.

“AFGE and the Atlanta-labor community have long complained about the ‘sweetheart’ deals and corruption in contracting, and today’s decision does nothing to ensure that these issues will be resolved,” added Cox.

AFGE represents more than 44,000 TSA Officers nationwide, and local leaders in the state are concerned over how SB 131 will impact their work and the safety of the more than 100 million passengers who fly in and out of Hartsfield-Jackson each year.

“Our sisters and brothers took an oath to protect this country. And every day, no matter if we’re being paid or not, we do just that – and we do it better than anyone else,” said AFGE Local 540 President Shekina Givens, who represents more than 450 TSA Officers in Georgia. “If the governor signs SB 131 into law, then we could see our work outsourced to screeners who swear an oath to their contractor’s bottom line.”

“The safety of travelers and of the nearly 6 million residents of the Atlanta metro area could be at stake if this heinous piece of legislation becomes law, and we hope Gov. Kemp will stand with our city in vetoing the bill if it gets to his desk,” added Givens.