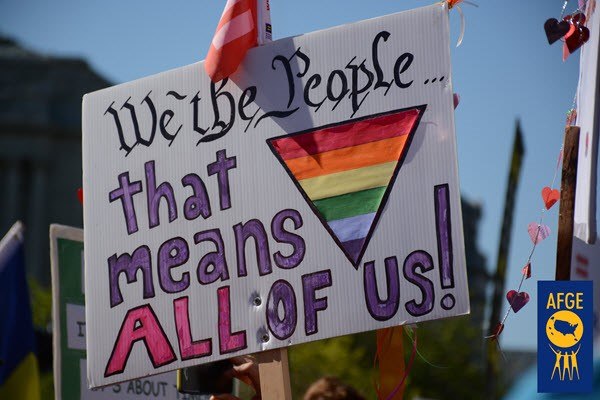 “As the largest union representing federal employees, nearly one-third of whom are veterans, we reject President Trump’s assertion that a person’s transgender status in any way disrupts or negatively impacts their ability to serve in the U.S. military. Anyone who chooses to serve our country is an American hero, plain and simple.

“The Department of Defense’s existing policy allows people who are transgender to openly serve in the military, and that policy should not be undone through tweets or other hasty pronouncements.

“In addition, the Trump administration is now on record arguing that employees should no longer protected from workplace discrimination based on their sexual orientation. We believe that anyone should be allowed to work without fear of being discriminated against for reasons unrelated to their job performance.

“These discriminatory actions are shameful and anti-American, and they must not be allowed to stand.”