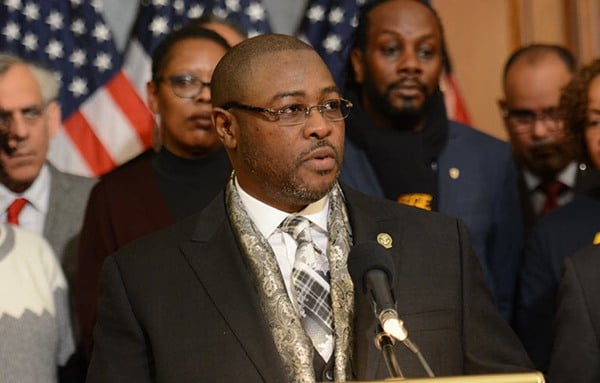 WASHINGTON – The head of the union council representing more than 33,000 federal correctional workers nationwide is warning U.S. senators that the government shutdown, now the longest in history, is upending officers’ lives and putting them in greater danger.

“We work in an already dangerous and stressful environment, where going to work distracted or fatigued can lead to serious injury or death,” American Federation of Government Employees Council of Prison Locals President Eric Young wrote in a Jan. 15 letter to every senator. “As the shutdown enters its fourth week, many of our members are being required to work mandatory overtime, and do so without pay, while many are preoccupied by how they will pay their rent or mortgage, their car payment, or their electric bill. It is a recipe for disaster because a distraction could cost you your life.”

“It is unconscionable not to pay any federal worker – either those who are forced to work without pay or those who want to work but can’t because they are furloughed. But it is even more egregious to not pay those who served their country in the military and now work as public servants for our government,” said Young, himself a Gulf War veteran.

The government shutdown has created a severe financial hardship for many Bureau of Prisons employees, Young said. Even paying for the gas to get to and from work has become a challenge for some, since most federal prisons are located in rural areas far from officers’ homes. Officers missed their first paycheck on Jan. 11, and there is no sign of when the next one will come as President Trump has said the shutdown could last for months or even years.

“This kind of uncertainty is making an untenable situation far worse,” Young wrote.

Understaffing is already putting officers’ lives and the communities they protect at risk, Young said. Over the last two years, federal correctional workers have faced hiring freezes, budget cuts, and staffing reductions, creating a severe understaffing crisis throughout the country. Many federal prisons must rely on augmentation, which is when positions like food service, teachers, and clerical workers fill in for frontline correctional officers.

“Our correctional professionals deserve better than this. Make no mistake, federal correctional workers want the federal government to reopen immediately. Those who are being required to work without pay want to be paid, and those who are forced to stay home because they are furloughed want to go back to work,” he said.