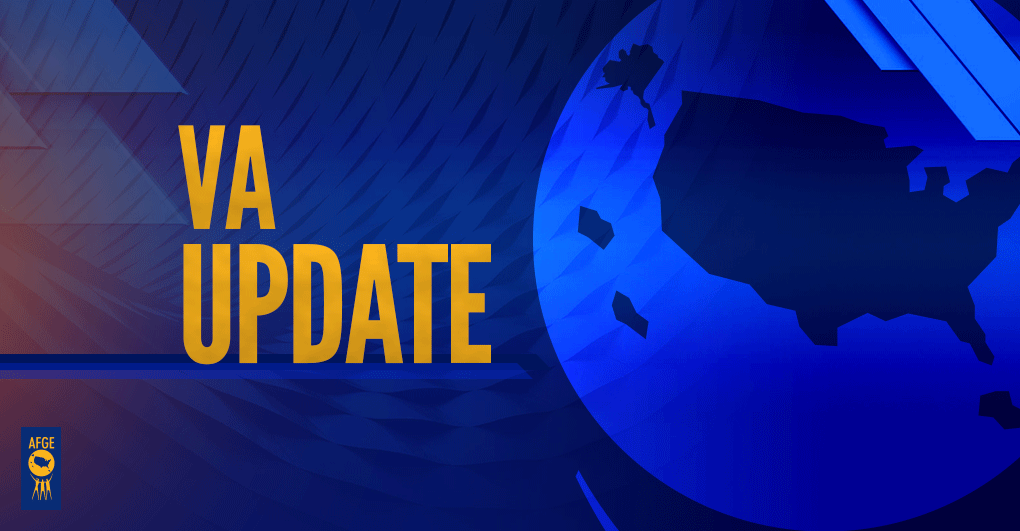 WASHINGTON – The Department of Veterans Affairs says it will no longer abide by provisions of the existing labor contract covering 260,000 employees represented by the American Federation of Government Employees and is threatening to evict union representatives from the worksite to enforce President Trump’s three anti-labor executive orders, the union said today.

The VA notified AFGE that it would begin charging the union for office space inside VA facilities that currently is provided at no cost under the existing labor contract. Locals that do not agree to pay for the office space will be evicted from the worksite – impeding the union’s ability to effectively represent employees.

“This is a punitive and illegal action that’s intended to silence employees and discourage them from reporting mismanagement or other abuses that harm veterans’ care,” AFGE National VA Council President Alma Lee said. “We will pursue any and all legal options at the national and local levels to challenge this illegal activity and preserve employees’ collective bargaining rights.”

“This is a coordinated plan on behalf of the White House to sew chaos and confusion inside the VA during the middle of ongoing negotiations,” AFGE National Secretary-Treasurer Everett Kelley said. “I’m frankly disgusted by the administration’s puppets who are blindly following its anti-union playbook, even when it is clear that doing so threatens the VA’s operations and will harm veterans in communities across this nation who our members serve every day.”