AFGE thanks Reps. Fitzpatrick, Brown, and Smith for ‘protecting the men and women who serve our veterans’ 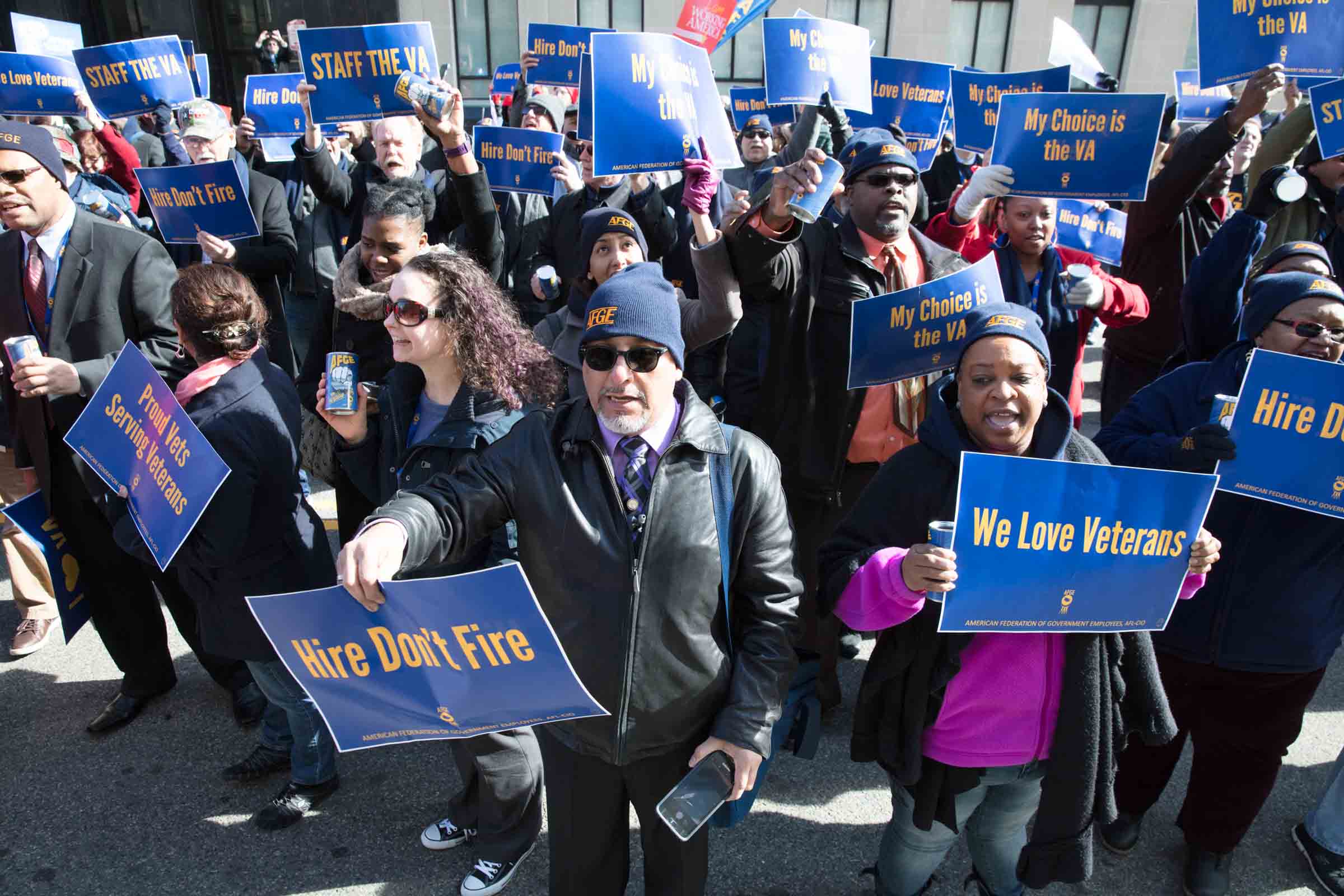 WASHINGTON – Today, Rep. Brian Fitzpatrick of Pennsylvania and co-sponsors Rep. Anthony Brown of Maryland and Rep. Chris Smith of New Jersey introduced H.R. 6101 – The VA Personnel Equity Act of 2018 – to protect the more than 360,000 working people at the Department of Veterans Affairs.

Once passed, H.R. 6101 will repeal the misused Department of Veterans Affairs Accountability and Whistleblower Protection Act of 2017 and restore due process rights to working people at the VA.

“Thank you, Congressman Fitzpatrick, for stepping up and protecting the men and women who serve our veterans. And thank you, Congressmen Brown and Smith, for joining him in this fight,” said American Federation of Government Employees National President J. David Cox Sr. “As we near the one-year anniversary of the so-called ‘Accountability Act,’ and can now see the law’s disproportionate impact on rank-and-file workers – a majority of whom are veterans, women, and minorities – it’s great to see members of Congress take action to right that wrong.”

The Accountability Act was marketed on Capitol Hill and by the President as a tool for the VA to remove bad managers and supervisors. But in the 12 months since it’s passing, the results have shown a far more nefarious use.

In FY 2017, there were 3,065 removals of employees in the agency, up 400 from FY 2016 and up more than 700 from the annual average this decade. And in the process, only 14 supervisors faced removal, while the largest number of firings were: housekeeping aides, nursing assistants, and food service workers.

“President Trump and his allies in Congress told the American people he was going to fix the VA by removing bad actors. But all they’ve done is make it easier for managers to cover-up their malfeasance and fire workers they don’t like,” said Cox. Adding, “Taking away due process rights from workers at the VA – one-third of whom are veterans themselves – creates a hostile workplace where VA employees lack a fair chance to challenge unwarranted proposed removal.”

Last year, as the debate over Accountability heated up, AFGE was working to fill the 49,000 vacancies plaguing the VA. The union hosted more than 50 rallies around the country while Rep. Brown and Senator Bernie Sanders of Vermont attempted to increase hiring and oversight of the vacancies. Unfortunately, both Brown and Sanders’ efforts were defeated in their respective committees and there was no push for more hiring from the VA or administration.

“With vacancies at the VA trending upward in recent years, we should be finding new ways to attract workers who can care for the men and women who have served our country,” said Cox, who served as a registered nurse at the VA for more than 20 years. “While we were working to fully-staff and fund the country’s largest and best health care system, President Trump and his allies were celebrating their newfound ability to fire veterans and cripple the only health care system tailored to their needs.”

“But now, thanks to Representatives Fitzpatrick, Brown, and Smith, the men and women who have dedicated their lives to caring for veterans can once again receive the due process rights they deserve and have a fair opportunity to protect their jobs and advocate for patients in the face of arbitrary management actions and whistleblower retaliation,” said Cox.