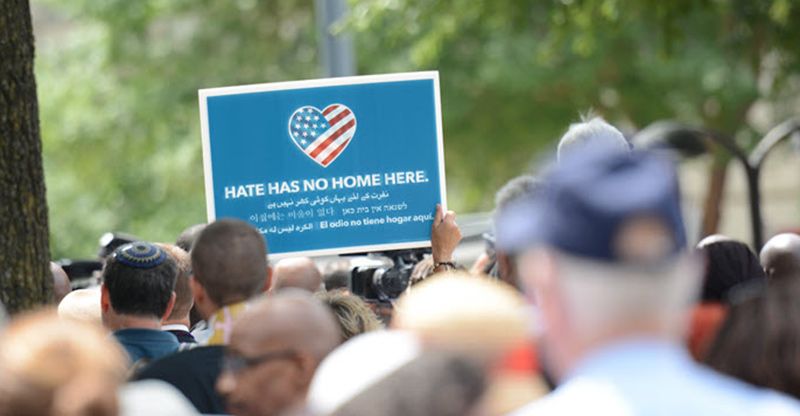 AFGE calls for the administration to condemn growing acts of racism and anti-Semitism in the country, and to help federal workers facing them

WASHINGTON – In what has become an alarmingly growing trend, there has been another racist attack on federal property – most recently at the African Burial Ground National Monument in New York City.

Last week it was discovered that someone had written a racist slur that African-Americans should be killed on the “oldest and largest known excavated burial ground in North America for both free and enslaved Africans.” The discovery has led to community leaders denouncing the attack and the increase in racism the city has seen, and it has struck a nerve with union leaders who are calling the rise “endemic in the current administration.”

“This abhorrent act should offend all Americans, and sadly it’s becoming commonplace for federal public servants – many of whom are minorities – to see in the workplace,” said American Federation of Government Employees National President J. David Cox Sr. “Racism and anti-Semitism have no place in our country, and it disgusts me that we continue to see them rise under this administration.”

“We must stand united against these acts and work to be the inclusive country and government we strive to be,” Cox added.

In the last two years, AFGE has seen an increase in reported racially motivated attacks on federal workers, and in the federal government. Those include: a noose hung on a black employee’s desk at the U.S. Mint in Philadelphia; a VA manager displaying a portrait of a notorious Confederate general, KKK founder, and slave trader; a “spat of racist messages” at EPA facilities; and Secretary of the Interior Ryan Zinke telling staffers that “diversity isn’t important.”

“Our members are livid, and sadly, are afraid right now,” said AFGE Labor Relations Specialist Doug Meyer, trustee of AFGE Local 236, representing National General Services Administration (GSA) Locals. “They are disgusted that we continue to see these racist and anti-Semitic attacks, especially on federal property. Nobody can believe that in 2018 we’re being subjected to such vile acts of vandalism and outward racism. It must be stopped”

Last year, after the events in Charlottesville, Virginia, AFGE called for unity in the country and President Cox said, “Unions are about strength in numbers and standing up for all workers, regardless of their race, color, ethnicity, religion, sexual orientation, or political views. As one of the most diverse unions in the country that represents workers from all walks of life and various backgrounds, we are infuriated by what occurred this weekend.”

These incidents are increasing in frequency and show no signs of going away, the union is now doubling down, calling on the administration to distance itself from white nationalism, anti-Semitism and all types of prejudicial extremism, and condemn these acts.

“The 2.1 million workers who keep this country running deserve to have their boss – the President – make a definitive statement about the rise in racist and anti-Semitic attacks we see here in New York and across the country,” said AFGE District 2 National Vice President Vincent Castellano. “America’s core belief is that we are all created equal, and we all deserve to not live in fear of attacks based our race, religion, or gender. Now, maybe more than ever, we need our elected leaders to come to the aid of the women and men who are being subjected to these attacks on a daily basis. We can’t accept anything less.”